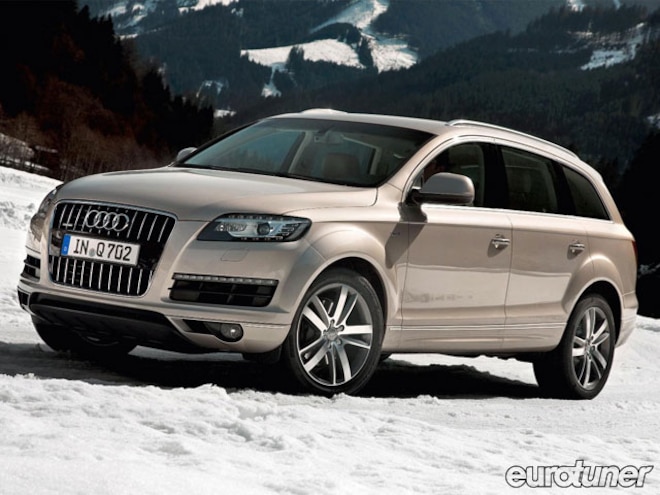 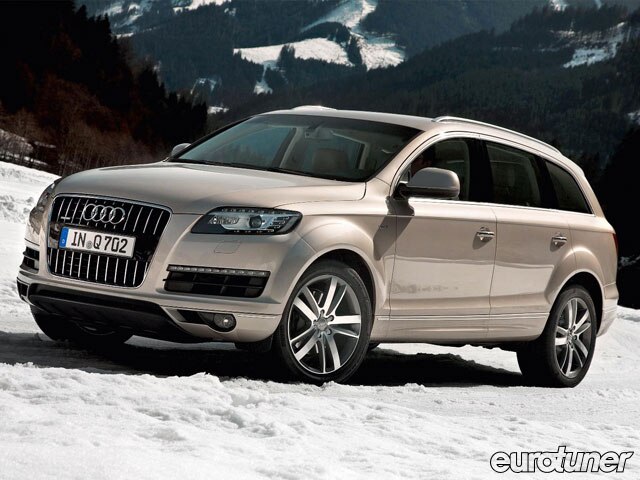 Two new supercharged 3.0-liter TFSI engines replace the outgoing 3.6 FSI and 4.2 FSI units, bringing economy improvements of 12 and 16% respectively. These will be mated to the A8's eight-speed tiptronic transmission with wider ratios for more relaxed cruising and improved economy.

At present, these specifications relate to European models, and we have yet to see which versions will be brought to the US.

Already the star of the Audi S4, the new 3.0-liter TFSI engine uses supercharging to compensate for its smaller capacity. Within the 90-degree vee angle is an engine-driven supercharger to compress the intake air. Two intercoolers control the intake temperature, so that the engine draws more oxygen for the combustion process. The first of the two versions of the supercharged V6 replaces the 280hp 3.6-liter FSI. It offers 272hp and 295 lb-ft from 2250 to 4750rpm. It powers the Q7 from 0-62mph in 7.9 seconds and gives a top speed of 140mph. The more powerful version that takes over from the 4.2-liter FSI delivers 333hp and 325 lb/ft of torque between 2900 and 5300rpm, allowing the Q7 to reach 62mph in 6.9 seconds, and to continue to a top speed of 152mph. No less impressively, both versions achieve a combined cycle fuel economy figure of 22mpg US, an improvement of 12 per cent over the naturally aspirated V6 FSI and 16 per cent over the V8. With a shared CO2 output of 249g/km, both also improve on the emissions of the models they replace.

The diesel line-up has also been extensively reworked, the most notable changes benefiting the 3.0-liter V6 TDI, which in its latest form is essentially new from the ground-up, and 44 lb lighter as a result. Constructed using a complex new cylinder wall machining process that reduces friction, and aided by newly introduced engine start-stop technology, the second generation V6 TDI employs a more responsive turbocharger, an enhanced common-rail fuel injection system and new chain-driven timing gear to deliver a 19 per cent improvement in fuel economy compared with its predecessor. In the combined cycle test it achieves 32mpg, which equates to an impressively low CO2 output of 195g/km, yet with a rated output of 240hp and a constant 405 lb/ft of torque available from 1750 to 2500rpm, it is also capable of powering the Q7 to 62mph in 7.9 seconds and a top speed of 135mph.

The crankcase and cylinder heads of the new 3.0 TDI have separate cooling water circuits connected together by valves. During the warm-up phase and under low loads, the coolant is not circulated in the engine block. This saves energy and raises the oil temperature more quickly. The world's cleanest diesel engine technology is also a feature of the latest Q7 range in the continuing Q7 3.0 TDI Clean Diesel, which not only already meets more stringent EU6 exhaust emission limits that are not due to come into force until 2014, but also tough US regulations. Special combustion chamber sensors and a DeNox catalytic converter in the exhaust system further reduce oxides of nitrogen by means of an additive. The 3.0 TDI clean diesel also develops 240hp and has an impressive 405 lb/ft torque output.

Thanks to the new tiptronic transmission it works with, combined fuel economy works out at 28mpg, a six per cent improvement over the original version, resulting in an impressive drop in CO2 from 234g/km to 219g/km.?? The Q7 4.2 TDI also benefits from an improvement in fuel economy, up to 25.5mpg, thanks to the new cylinder wall construction methods and the upgraded common rail injection system. The 340hp V8 diesel also delivers an impressive 590 lb-ft between 1750 and 2750rpm. The big TDI engine gives the Q7 distinctly sporting performance figures, powering it to 62mph in 6.4 seconds and on to a top speed of 150mph.

A new automatic transmission has also been instrumental in the achievement of greater efficiency in the latest Q7. Based on the original six-speed tiptronic, but with another friction-clutch shift element added, the new eight-speed transmission improves fuel economy by around five per cent.

Drivers can choose between 'D' and 'S' modes, or make their own gear shifts in 'manual' mode via the gear lever or the optional steering-wheel paddles. To cut fuel consumption further, the torque converter lockup clutch eliminates slip even at low engine speeds. Any engine vibration that could occur as a result is suppressed by the new damper in the torque converter until scarcely any trace can be detected. In combination with the 3.0-litre TDI engine the new eight-speed tiptronic achieves an exceptionally high level of efficiency. Its oil cooler is heated after a cold start by hot coolant from the engine's cooling system, and an electric oil pump makes operation of the Q7's start-stop system possible: it maintains oil pressure in the hydraulic circuit when the engine stops, and closes the clutch for restarting.

The new transmission channels power to the four driven wheels via the quattro permanent all-wheel-drive system with the now familiar 40 per cent / 60 per cent front-to-rear torque split for optimum on-road balance. Both on and off the tarmac, the standard five-mode air suspension with its variable ground clearance of between 180mm and 240mm helps the Audi Q7 to iron out surface imperfections. The off-road setting, with 205mm of clearance and adapted damper control, is the perfect setting for cross-country driving. 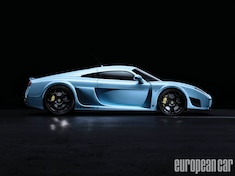 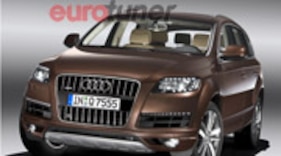 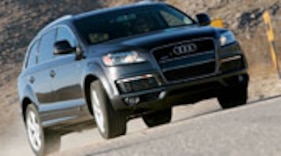 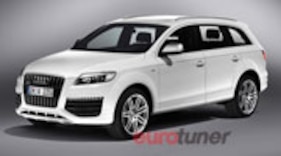 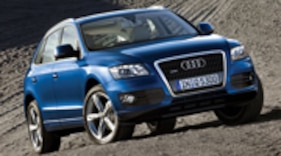 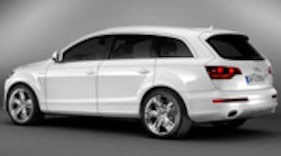 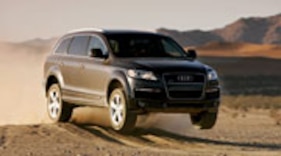