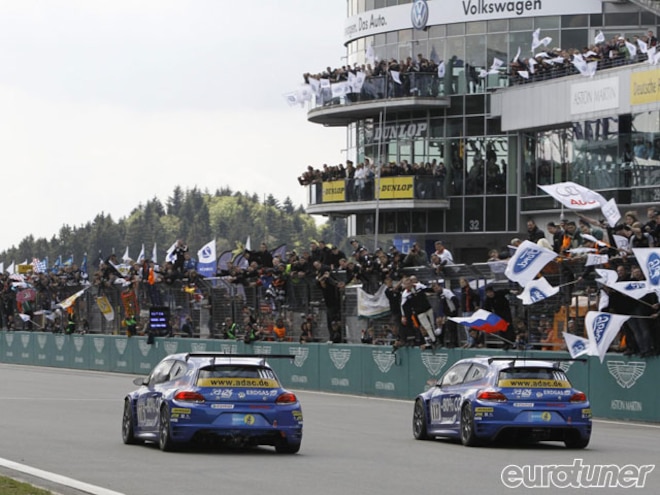 With three Sciroccos powered by 330hp GT24-CNG engines, Volkswagen places one-two-three in the alternative fuel class for cars at the 2010 Nurburgring 24-hour race.
The cars were fueled by Bio Natural Gas, which allows up to 80 per cent reduction of CO2 emissions. The cars also faced no mechanical issues throughout the race. 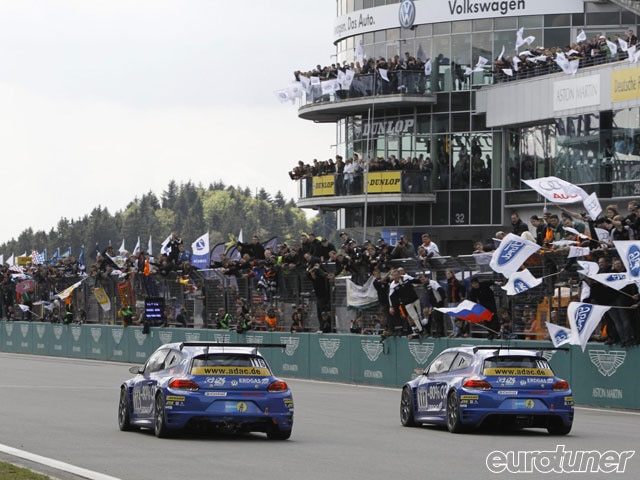 In addition to its reliability, the sport coupe completed the fastest race lap for a front-wheel-drive car with a time of 9m 04.710s.

Kris Nissen, Volkswagen Motorsport director commented, "Three years with the Scirocco and three class victories in succession. Volkswagen has once again proven its reliability and efficiency. I'm incredibly proud and happy for the entire team, especially as the 24-hour race was such a huge challenge this year. We won the class with Bio Natural Gas, which is the most environmentally friendly fuel, and taken good positions in the overall classification."