Since its original launch in 1974, the Scirocco compact sports coupe has been the most successful Volkswagen in its segment. 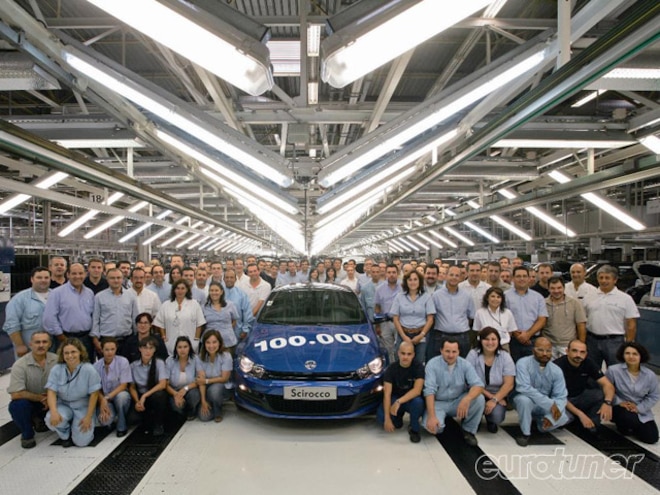 While the new VW Scirocco may not be coming to America, it's proving very popular in Europe, where the 100,000th third generation Scirocco rolled off the production line on Friday at the VW Autoeuropa - Automoveis plant in Portugal, just two years after its market launch.

Since its original launch in 1974, the Scirocco compact sports coupe has been the most successful Volkswagen in its segment: 795,650 vehicles were sold up to 1992. Currently, the third generation is being manufactured and the celebrated 100,000th model was a Scirocco R 2.0-liter TSI, in Rising Blue Metallic, with a Titan Black interior, radio navigation system, Park Pilot and a tilting sunroof. In southern Portugal, with 3000 employees, Volkswagen produces the Eos, the new Sharan and, since 2008, the third generation Scirocco.