Alfa Romeo has created more than 70 models in its rich 100 year history, it came down to a battle between two iconic Alfas. 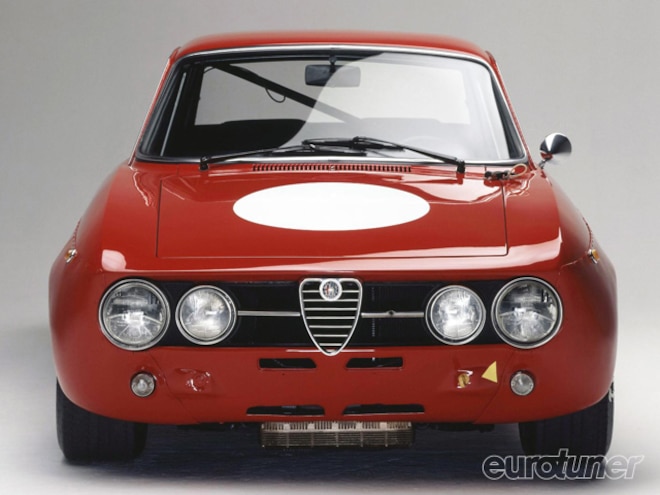 Although Alfa Romeo has created more than 70 models in its rich 100 year history, it came down to a battle between two iconic Alfas in a poll of British fans' favorites, initiated to celebrate the Italian marque's centenary year.

And it was the Alfa Giulia GTAm that came top, beating the 8C Competizione supercar by a margin of 1% of the vote.

The Alfa Giulia GTAm, which gained 20.4% of the overall tally, was derived from the regualr 1750 GT Veloce production model. It secured its place in Alfa Romeo history by winning the 1970 European Touring Car Championship in the hands of Dutchman Toine Hezemans.

The votes for this poll were collected from admirers and owners - known as Alfisti - who submitted photos of their Alfas to the alfacentenary.co.uk website to create a unique piece of mosaic artwork.

The GTAm and 8C Competizione led the way against a shortlist of classics including the 2900 B Le Mans, Alfasud and the 156 GTA. A worthy runner-up with 19.8% of the votes, the 8C Competizione debuted as a concept car at the Frankfurt Motor Show in 2003 and went on to be produced in 2008 as a limited edition model of just 500 examples.

The Alfa Spider Duetto, widely regarded as a design classic, finished in third place with 16.01% of the vote. This car was launched in 1966 and famously starred in the legendary film The Graduate in 1967, alongside Dustin Hoffman and Anne Bancroft.