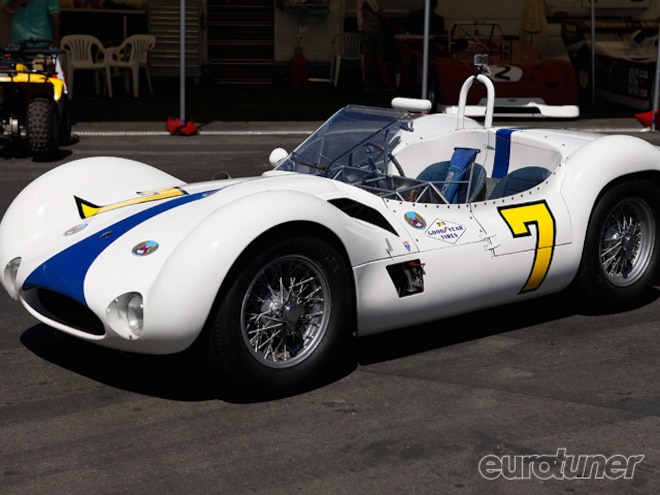 At the premier historic motorsports event of the year, Mothers Polishes-Waxes-Cleaners has presented its first annual Brilliance Award to a historic vehicle raced at the Rolex Monterey Motorsports Reunion, honoring exceptional history and unquestionable provenance. 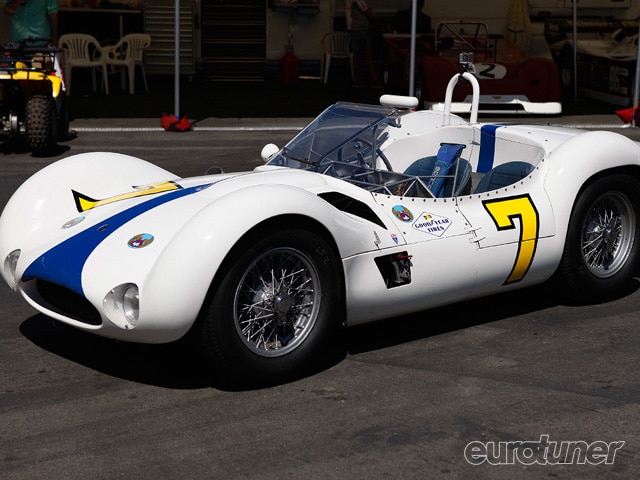 The winner of this unique award at this inaugural motorsports event is the 1960 Maserati Tipo 61 "Birdcage," chassis #2458, owned and driven by Jonathan Feiber.

The Tipo 61 models, built by Maserati between 1959 and 1961 for racing in the 24 Hours of Le Mans, became famous for their intricate tubular space frame chassis, containing hundreds of steel tubes welded together, hence the nickname "Birdcage."

This construction provided a more rigid and lighter chassis than other sports cars of its day. This front-engined race car also featured a 2900cc, 4-cylinder engine, producing 250hp, weighed 1323 lb, and was capable of speeds up to 177mph.

This particular Tipo 61 has a storied history. It was originally purchased by Lloyd "Lucky" Casner in early 1960 for Team Camoradi, and was first driven in February of that year by Stirling Moss to a win at the Cuban Grand Prix. The car was next driven by Moss and Dan Gurney in the 12 Hours of Sebring, where they were leading when the transmission failed. In December of 1960, Carroll Shelby piloted this Maserati to a fifth place finish in the Grand Prix for Sports Cars at Riverside International Raceway. This earned Shelby the USAC driving championship in what would be the last race of his career.

Judging was executed by renowned automotive historians and journalists Bill Warner, Ken Gross and John Lamm. They scored vehicles based on the quality and accuracy of restoration, while considering exceptional racing history and unquestionable provenance. To qualify, the vehicle must also have been raced during the Rolex Monterey Motorsports Reunion.

The Brilliance Award itself was designed by renowned automotive sculptor Steve Possen and forged in solid bronze. It is inspired by Possen's first sculpture of an open-wheeled racecar at the top of the Corkscrew at Laguna Seca. Additional inspiration is from a racecar once driven by Dan Gurney and set to run at the inaugural motorsports event.