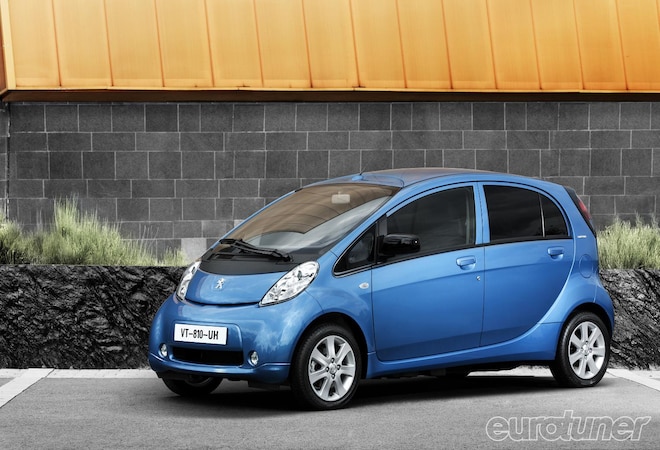 Peugeot is introducing its iOn electric vehicle. Based on the Mitsubishi i-Miev, it has a more conventional appearance than the Japanese derivative. It combines efficient packaging with a spacious interior, ease of driving and high levels of safety. 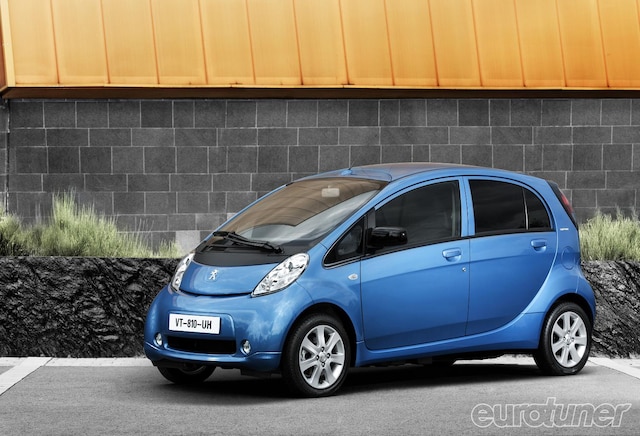 In the UK, Peugeot will offer an “all-inclusive” mobility package consisting of a four year, 40,000-mile contract the monthly payment will be £415. This includes:
• The lease of the vehicle (battery pack considered part of the vehicle)
• Full warranty for the vehicle, battery and electric powertrain
• Full servicing and maintenance
• Peugeot Connect Services
• And Peugeot will make exactly the same benefits available to the second user on a second four-year contract at a reduced monthly amount, giving a further four years of worry-free motoring.

In general, electric vehicles have been limited by their potential range. However, Peugeot claims the iOn’s energy management of its Lithium-ion battery pack and the optimized energy recovery during deceleration and braking, has the potential range of 93 miles.

In practical terms this is sufficient to cover the majority of a motorist’s daily trips, 90% of which are less than 35 miles.

It takes six hours to fully recharge the battery using a traditional 240v household socket. A quick-charge using a special charging unit provides a 50% charge in only 15 minutes, or 80% in 30 minutes.

Since a conventional car is at a standstill up to 90% of the time in an urban or semi-urban context, the time needed to recharge the iOn should be compatible with daily use.

With average running costs estimated at $3.90 per 120 miles, the energy bill of the iOn is unbeatable regardless of which recharging mode is used. Carried out overnight or during “off-peak hours” when electricity costs are lower in the UK, recharging costs can be reduced further, and help to optimize the use of available power produced by the electricity companies.

An electric vehicle also benefits from a range of cost savings over a conventional combustion engine.
• No fuel costs – potential saving of $2345 per year
• No Congestion Charge (where applicable)
• No Parking charges (where applicable)

Yet the iOn has the same safety level as a conventional car. Its six airbags, ESP, electronic brake force distribution (EBFD), emergency brake assist (EBA) and the design of the body will allow it to achieve a four star rating in the 2010-2011 EuroNcap.

Currently, the iOn is targeted at local government, local authorities, public services and companies active in the transport and energy sectors, leasing companies, car sharing companies and the fleets of large corporations.

To a lesser extent, private individuals are also target customers. Convinced of the strengths of the brand, they will be the forerunners of this new relationship with the motor car.

Deliveries of the Peugeot iOn will begin at the end of 2010.