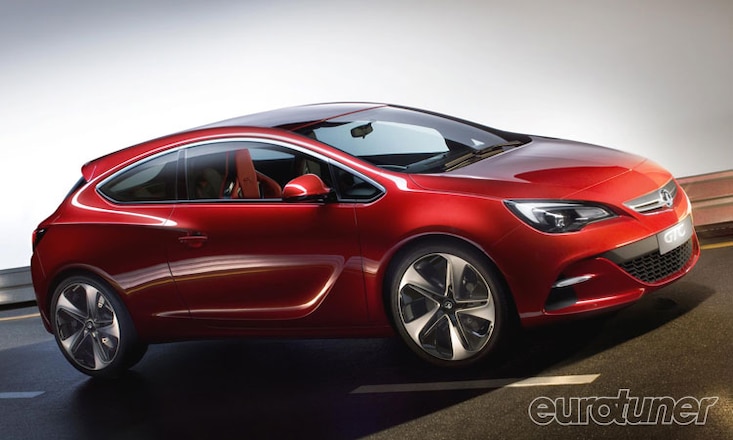 These are the first official pictures of Vauxhall/Opel's GTC Paris Concept, which gives the strongest hint to the Astra Sport Hatch's successor, and is set to cause a stir when it receives its debut on September 30 at the Paris Auto Show. 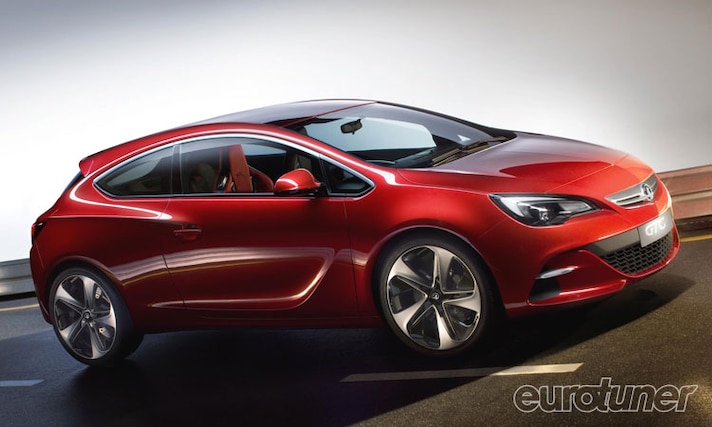 The current Astra was imported into the USA under the Saturn banner but now Vauxhall/Opel has hinted that a production version of this new car will not stray far from the rakish lines of the concept.

The GTC Paris offers ample space for five people, yet maintains a svelte, sporting appearance thanks to elements such as the concept's 21-inch wheels. Vauxhall's signature blade mimics that on the Insignia and creates a fine, tense crease along the rocker panel. This combines with a second line running from the door handle to the rear of the car, emphasizing both a fine undercut and broad shoulder. A third line following the silhouette of the roof is finished in fine brushed aluminum, accentuating the window graphic and leads to a sharply accented integrated spoiler.

Slim headlamps, flanked by LED running lights with chrome surrounds, dominate the front of the GTC Paris. A sharp centerline crease runs down the hood (a trademark of older Vauxhall models) and leads to a dramatically low trapezoidal grille incorporating a chrome emblem bar.

At the rear, there are LED tail lights and a long, stretched 'wing' night time graphic.

A four-cylinder, 2.0-liter turbocharged engine, with direct petrol injection and Start/Stop technology is mated to a six-speed manual gearbox, providing drivers with high levels of performance and fuel efficiency.

More details about the GTC Paris Concept will be revealed before the Paris Motor Show.