The Toyota RAV4 EV concept, an electric vehicle jointly developed with Tesla, made its debut at the Los Angeles Auto Show. 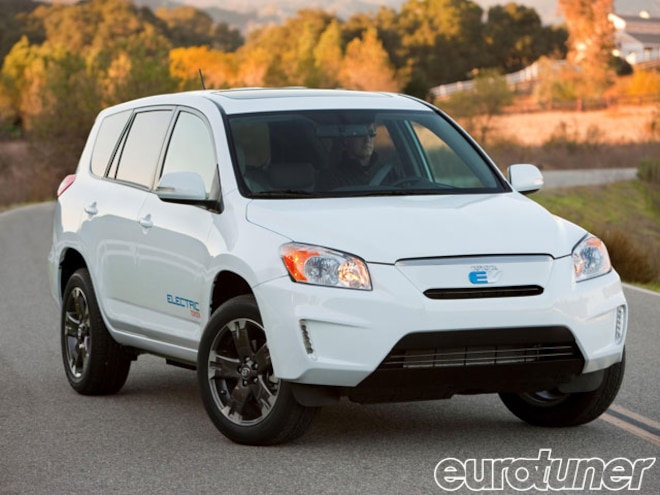 A total of 35 vehicles will be built for a demonstration and evaluation program through 2011, with the introduction of a final production model in the US in 2012. The production vehicle will have a target range of 100 miles in actual road driving patterns, in a wide range of climates and conditions. 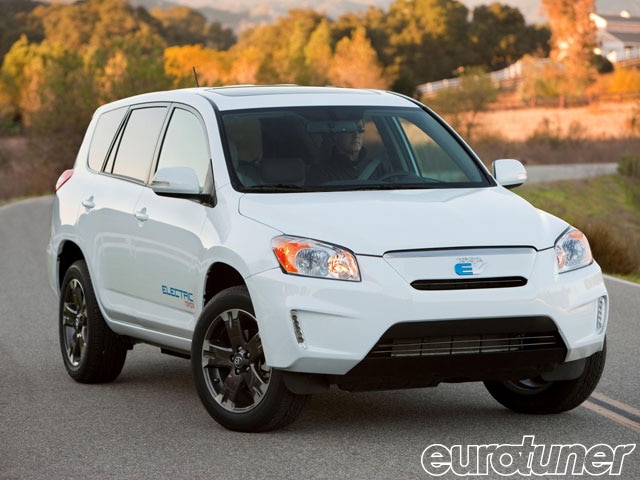 The RAV4 EV concept is based on the current Toyota RAV4 compact SUV body and fitted with a Tesla electric powertrain.

“The result was a hybrid – a new decision and approval process and a development style that our engineers refer to as “fast and flexible.” Led by the Toyota Motor Engineering and Manufacturing North America (TEMA) Technical Centre in Michigan, the new process helped reduce development time without compromising product quality.

Tesla was responsible for building and supplying the battery, as well as other related parts, that met specific Toyota engineering specifications in performance, quality and durability.

A large part of the team’s focus on the customer experience targeted drivability. In this case, the goal is a vehicle with drivability as close to the conventional RAV4 as possible. For example, the demonstration vehicle weighs approximately 100kg more than the current RAV4 V6 (US model) yet it will accelerate from 0-60mph nearly as quickly. This added weight required significant retuning of major components and a prioritized focus on weight distribution. Not only were suspension and steering modified significantly, but major components were relocated to balance the increased mass of the battery pack. The demonstration vehicle Toyota is currently testing is powered by a lithium metal-oxide battery, with useable output rated in the mid-30kwh range. However, battery size and final output ratings, as well as pricing and volume projections of the vehicle Toyota plans to bring to market in 2012, have not been decided.

As for a final assembly location, Toyota is considering many options and combinations. The basic vehicle will continue to be built at its Canadian production facility in Woodstock, Ontario. Tesla will build the battery and related parts and components at its new facility in Palo Alto, CA. The method and installation location of the Tesla components into the vehicle is being discussed.

In 1997, Toyota brought to market the first-generation RAV4 EV in response to the California zero emission vehicle (ZEV) mandate and was the first manufacturer to meet the mandate’s Memo of Agreement on volume sales. Powered by a nickel-metal hydride battery pack, the vehicle had a range of between 80-110 miles on a single charge. From model year 1998 to 2003, only 1,484 vehicles were sold