Maserati’s story in the FIA GT Championship started in 2004 when the MC12 competed in four races outside the Championship ranking. 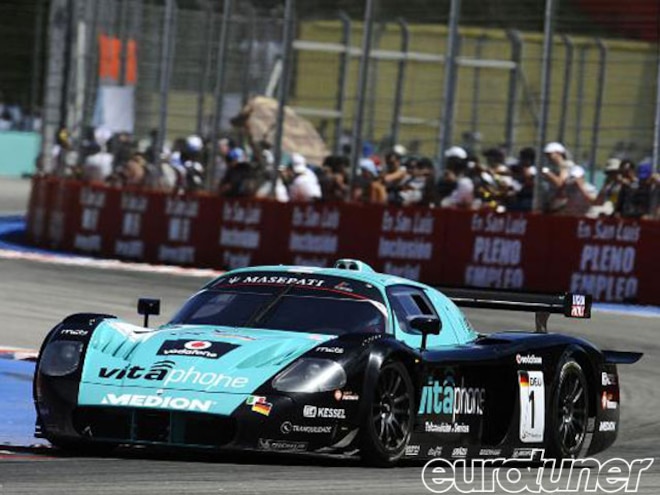 Success came early as Maserati achieved its first victory in the second race it entered with Bertolini-Salo. From the following season Maserati joined forces with the Vitaphone Racing Team, flanked in 2005 by JMB, and in 2007 by PlayTeam.

From 2005 to date, Maserati has struck both its targets with the MC12; the Drivers’ and Teams’ titles – on every occasion with the single exception of the first time around, when Bertolini-Wendlinger, fielded by the JMB team who saw a championship victory slip through their fingers in the last race due to an unprecedented transmission problem.

Reliability and competitiveness are the two key factors in Maserati’s prolonged series of successes. If the MC12 has been able to stay at the top for many years, despite significant changes in the technical regulations, this is due to the rigid carbon fiber monocoque chassis, excellent weight distribution, excellent aerodynamic balance and a low centre of gravity. For these reasons, even when its aspirated 6-liter V12 engine, originally 75hp , was first reduced to 630hp according to 2005 FIA regulations, then to the current 560hp to comply with the current regulations, the car still stood out from the competition. 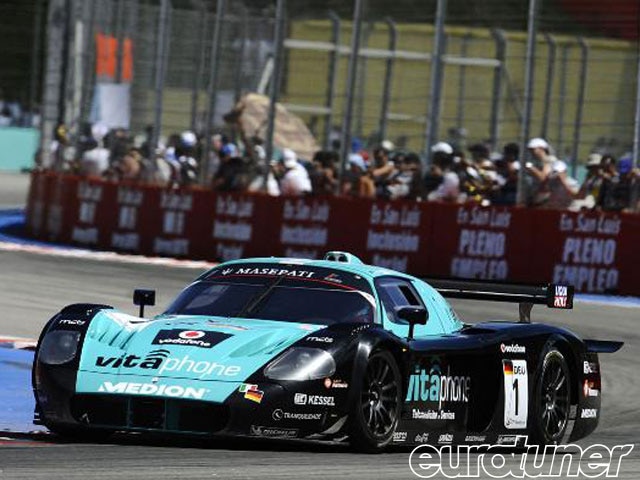 The GranTurismo MC Stradale that was introduced at the recent Paris Motor Show is the most recent example of the connection existing between Maserati's racing activity and its road-going production. The new Stradale will be the fastest, lightest and most powerful car in the Maserati range when it goes on sale in the first quarter of 2011. It uses advanced electronics to cut gear-shift times from the upgraded MC Race Shift electro-actuated transaxle to just 60 milliseconds. This all helps to slash the 0-62mph sprint time, which the Stradale covers in just 4.6 seconds.

The GranTurismo MC Stradale is also the first Maserati in history to have a dedicated Race mode alongside the upgraded Auto and Sport modes in its simplified dash layout.