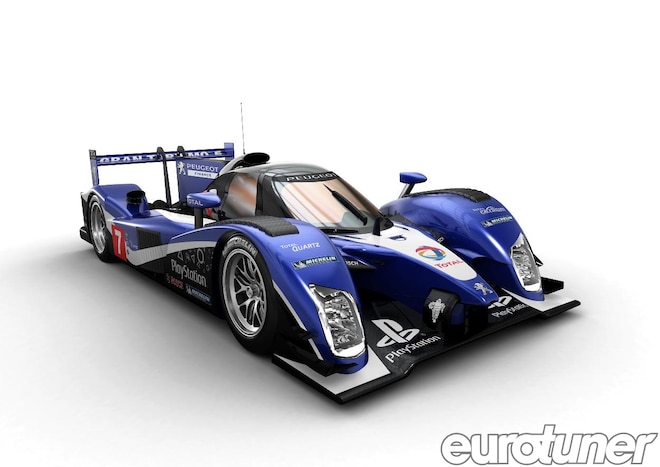 Last week in Paris, Peugeot Sport unveiled its new 908 endurance racecar, which will be campaigned in this year's Le Mans 24 Hours and the ILMC. 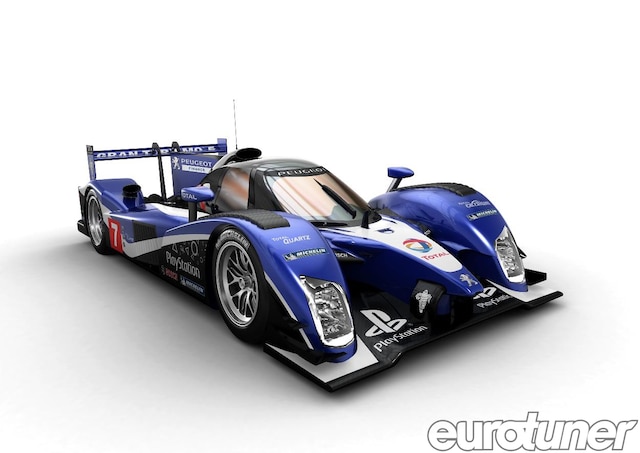 After a strong season in 2010, which saw it claim the inaugural Intercontinental Le Mans Cup (ILMC) title, Peugeot Sport will be looking to defend its crown, although the highlight of the season will again be the Le Mans 24 Hours (June 11-12).

The calendar for this year's ILMC features seven races, including Le Mans, which will carry double points. This year's visit to Le Mans is also eagerly awaited as the new technical regulations have given rise to a new generation of cars.

Peugeot's all-new car, built to the new regulations, was originally given the code name 90X. However, with the 908 HDi FAP helping Peugeot build up an enviable record of world class successes, including the title in the 2007 Le Mans Series, a one-two finish at Le Mans in 2009 and the inaugural ILMC crown in 2010, it was decided to keep the same name for the new car.

Following in the wake of the legendary Peugeot 905 and the 908 HDi FAP, the 908 is the third car to have been developed by Peugeot Sport for endurance racing. Like the previous cars, its mission will be to extend Peugeot's winning record at Le Mans which already stands at three wins, in 1992, 1993 and 2009.

The 908's shark fin engine cover complies with the latest regulations. It is a closed-cockpit car, with the same size front and rear wheels, and is powered by a new 3.7-liter V8 HDi FAP 550hp diesel engine.

This engine means Peugeot Sport will be competing in endurance racing for the fifth year running with a diesel engine equipped with a particulate filter (FAP). Since 1998, more than seven million HDi diesel engines have been sold worldwide, helping Peugeot to earn a reputation as one of the largest producers of clean diesel power.

The 908 shares the same technology as is used in all Peugeot's HDi diesel road cars. There is a very close collaboration between the group's engineers and specialists and their counterparts at Peugeot Sport, to ensure that expertise in areas such as fuel consumption, respect for the environment and performance is shared between road cars and motor sport.

Immediately after the 2009 Le Mans 24 Hours, Peugeot Sport's engineers put pen to paper to design a new car destined to comply with the new regulations. They also drew on all their experience and knowledge learned from the 908 HDi FAP: "The regulations have evolved a great deal but we didn't start with a clean sheet of paper," notes Bruno Famin, Peugeot Sport's Technical Director. "The experience we have gained over the past four years helped to steer the decision-making process and our technical choices, although the only component which has been carried over at the end of the day is the windscreen wiper! One of the principal challenges we faced was to design an all-new car while continuing to race another at the same time. We also needed to set ourselves sound objectives with a view to obtaining the best possible package with regards to engine performance, aerodynamics and weight distribution."

"we knew from previous testing work that there is little difference between open and closed cockpit cars in terms of their aerodynamic performance. At the same time, despite the added constraints they bring when working on them at races, closed-cockpit cars provide additional safety for the drivers. We therefore decided to stay with the same solution."

Engine:
"We have also made full use of our experience with the 908 HDi FAP's V12 diesel engine. We decided to opt for a turbocharged V8 diesel engine for the 908 but, with characteristics similar to those of the V12. The angle of the "vee" is 90 degrees (compared with 100 degrees in the case of the V12) to improve the engine balance. The cubic capacity is 3.7 liters and the new V8 HDi FAP engine produces a peak power of 550hp. We ran the engine for the first time on the dyno on January 25, 2010."

Four identical wheels:
"Today's LMP cars have a shortcoming with regards to ultimate grip of the front wheels. The logical way to cure this was to increase the size of the contact patch between the tires and the track, which entailed running bigger front wheels, within the limits specified by the regulations. This aspect of the car's development was carried out in close collaboration with our partner Michelin."

Aerodynamics:
"Given the big reduction in engine power from the 2011 regulations (a reduction of approximately 150hp), we had to take a fresh look at the trade-off between aerodynamics, drag and downforce. The latter has been significantly reduced in order to maintain a reasonably high top speed."

The new car made its track made its track debut on 27th July 2010. "This was the deadline we set ourselves, although we knew we would almost certainly run into teething trouble given that this was an all-new car. We did indeed have problems but we succeeded in resolving them one by one as we got more and more kilometers on the clock. One of the very positive points we found was that the car's handling lived up to our expectations straight out of the box. Between the car's track debut in 2010 and the 2011 Le Mans 24 Hours, we will have completed 12 tests in all, at a number of different circuits," concluded Bruno Famin.

Full 2011 Championship
The Intercontinental Le Mans Cup has expanded from three rounds in 2010 to a seven-round championship in 2011, including two races in the USA (Sebring and Petit Le Mans in Road Alanta), three in Europe (Spa-Francorchamps, Imola and Silverstone) and one in China, plus the Le Mans 24 Hours.

"We clearly want to defend our ILMC title," underlined Oliver Quesnel, Director of Peugeot Sport. "We won all three rounds of the series in 2010, but there is one round we are targeting this year, and that is Le Mans. This legendary event has now been incorporated into the championship, a move we believed was necessary. Including Le Mans will be very beneficial for the championship and will put an even bigger spotlight on endurance racing which is a discipline that permits car makers like Peugeot to showcase their know-how and technology in extreme conditions. We have, therefore, submitted entries for two cars to the ACO for every round, with the exception of Spa-Francorchamps, where we will take three cars to use it as a full-scale dress rehearsal ahead of the Le Mans 24 Hours."