Vauxhall has fitted it with a mechanical, multi-plate limited-slip differential, ensuring its power doesn't go up in a cloud of tire smoke. 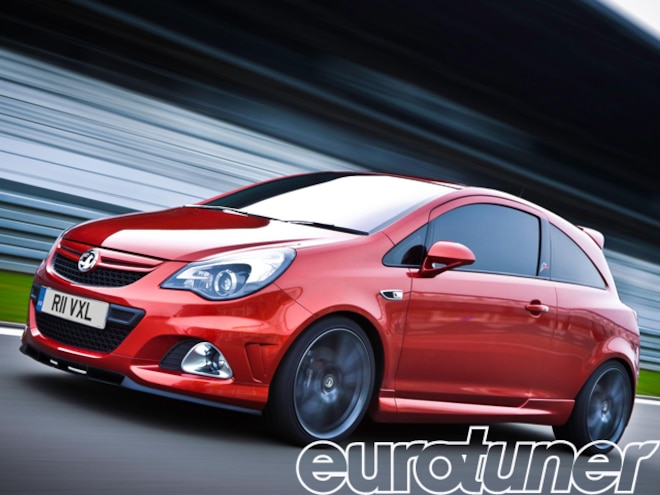 These are the first official pictures of Vauxhall's most powerful Corsa ever, the new VXR Nurburgring Edition, which goes on sale in late May and aims to raise the bar in the hot-hatch class for performance and dynamics. 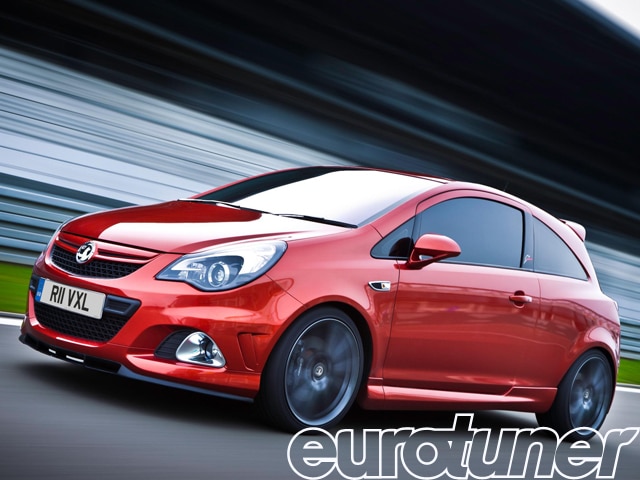 Sold as an Opel in mailand Europe but a Vauxhall in great Britain, at the heart of the Nurburgring is a re-worked version of the Corsa VXR's existing 1.6-liter turbocharged engine, which now produces 205hp at 5750rpm (up from 192hp) and 185-205 lb-ft of torque.

A modified engine management system and turbocharger, sports exhaust with reduced back-pressure, and the ability to run on 98-octane fuel, have all contributed to the rise in power.

To harness the Nurburgring's new-found potential, Vauxhall has fitted it with a mechanical, multi-plate limited-slip differential, ensuring its power doesn't go up in a cloud of tire smoke. The LSD also reins in understeer caused by excessive throttle loads during cornering.

But perhaps the icing on the Nurburgring's cake is its chassis, which received its final sign-off at the Nurburgring's notorious Nordschleife. Vauxhall commissioned Bilstein to develop bespoke springs and dampers for the new model, allowing drivers an even higher degree of control and involvement. A visual clue is a ride height reduced by 20mm at the front, 15mm at the rear.

Complementing this are new Brembo brakes, which are 30 per cent lighter than before, and have high-performance brake linings covering a 10 per cent larger area.

In addition, the Corsa VXR's ABS, Traction Control and Electronic Stability Control systems have all been recalibrated to take into account the Nurburging's new set-up.

With performance of 0-60mph in just 6.5 seconds and a top speed of 143mph, the Corsa Nurburgring will deliver all the driving thrills you'd expect from a car wearing the legendary track's name. But just in case anyone was in doubt, the new model gets a raft of visual identifiers: a stainless steel dual exhaust, newly designed forged wheels in high-gloss grey, and 'Nurburgring' logos on the B-Pillars and front spoiler.

Inside, black and red 'Nurburgring' lettering adorns the sill plates and Recaro seat backs, with white stitching on all seats, as well as the handbrake and gearshift console.

The Corsa VXR Nurburgring Edition goes on sale in late May.