Sébastien Loeb and Daniel Elena took victory the ‘hard way’ as they were first on the road in all three legs: their success has helped them increase their lead in the drivers’ classification in the World Rally Championship. 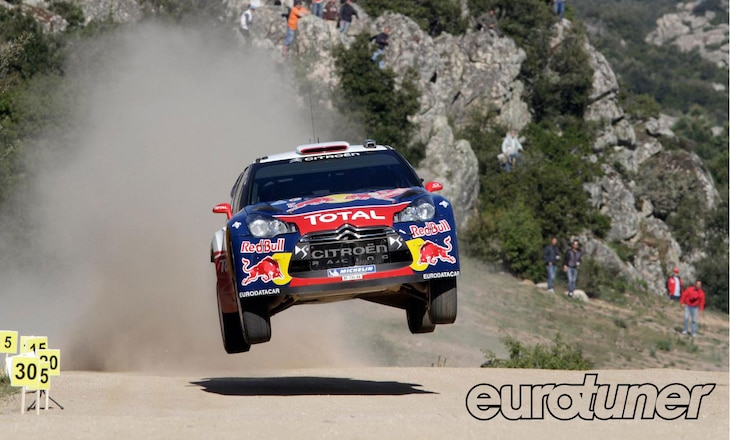 With wins in Mexico, Portugal and Jordan, the Citroën DS3 WRC has scored its fourth consecutive victory on gravel. Sébastien Loeb and Daniel Elena took victory the ‘hard way’ as they were first on the road in all three legs: their success has helped them increase their lead in the drivers’ classification in the World Rally Championship. 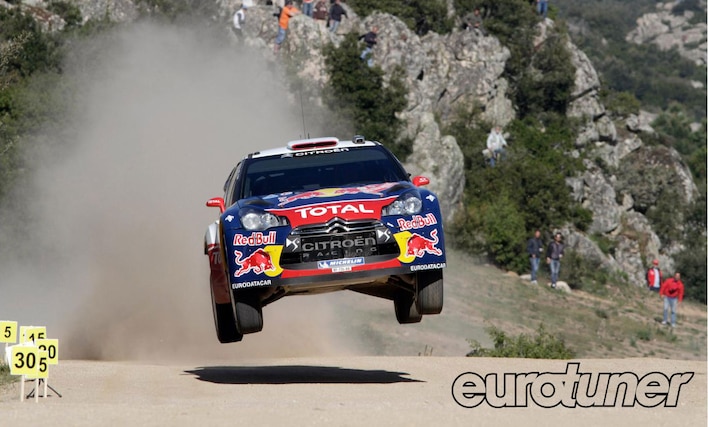 Sébastien Loeb started the final day with only 23.8sec in hand over Ford’s Mikko Hirvonen, as the stewards had rectified one of the Finn’s times after the second leg. The first stage was the short Gallura special, also used at the end of the rally for the Power Stage. The seven-time world champion was again handicapped by his position on the road and he lost a few seconds, cutting his lead to 20.2sec. “I had to keep pushing to fend off a comeback by Mikka,” said Loeb. “In SS17, I started off at a hot pace. Then I realized that he wasn’t catching me and I lifted off slightly in the closing kilometers.”

Sébastien Ogier began the day with the aim of a podium finish, but his hopes were dashed in SS17: “I hadn’t noted a little milestone buried on the exit of a fast corner. The left-hand rear wheel hit it and the suspension broke. I stopped as I thought we had a puncture. We were able to continue but dropped more than a minute on the stage. It could have been worse, as we lost only one place.” After the 30-minute service halt, which gave the mechanics time to repair the no.2 Citroën DS3 WRC, only the Power Stage remained to end the rally. Loeb bagged another point by setting the third-fastest time in this stage.

The Frenchman admitted that his 64th success was one of the toughest of his long career “It’s a great victory, as we won without any particular strategy. We started with the big disadvantage of being first on the road on the opening day. We managed to take the lead and build up a small cushion, which we maintained yesterday and today. To do so, we had to go pedal to the metal from start to finish. I felt good in the car, and this helped me push really hard. Obviously, it was fraught at certain moments, so it’s a big relief to see the end of the rally.” Ogier held on to fourth place and scored good points for both world championships: “We failed to achieve our aim of finishing on the podium, but fourth isn’t bad in itself. I never really felt relaxed, as I was absolutely determined to finish an event on which I’ve never had much luck.”

“Sébastien Loeb drove an extraordinary rally. To win here while being first on the road in all three legs is a mega performance,” summed up Frédéric Banzet, the Citroën General Manager. “Sébastien Ogier wasn’t very lucky today but he scored good points. Yet again, I was impressed by the professionalism of the whole team, which works in a serene, cooperative and enthusiastic ambience.”

Meanwhile, the Mini WRC Team took a lot of positive lessons from its first ever event. In Rally Italy, Sardinia Dani Sordo (ES) and Carlos del Barrio (ES) brought their Mini John Cooper Works WRC to the ceremonial finish in sixth. Sadly Kris Meeke (GB) and Paul Nagle (IR) didn’t re-start the final morning in the second car, as the team preferred not to risk a recurrence of the problem they encountered on the first two days. However, both cars showed a turn of speed that bodes well for the future.