Peugeot’s EX1 electric concept car set a lap record of 9:01.338 at an average speed of 85.951mph on the the 12.944 mile circuit, convincingly beating the previous electric speed record for a single lap by almost 50sec. 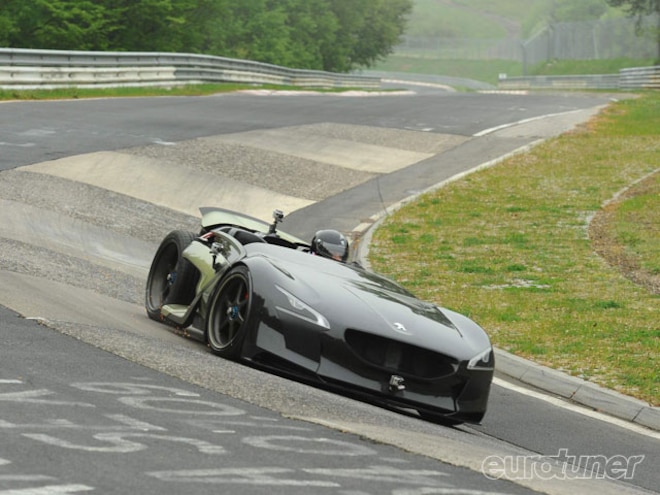 For the first time in its history, Peugeot has attempted to set a record on the famous Nordschleife track at the Nurburgring in Germany.

Stephane Caillet, driver and tuner/technician from Peugeot's Research & Development Center, was at the wheel of the EX1 Concept Car. Running on the the circuit's 12.944 miles, the car convincingly beating the electric speed record for a single lap.

With its 73 bends, the Nordschleife has a reputation for being the toughest circuit in the world. It was on this legendary circuit, the longest in the world, that EX1 beat an electric speed record by putting in a lap time of 9 minutes, 1.338 seconds (9:01.338) at an average speed of 85.951 mph, despite unfavorable weather conditions.

The previous electric speed record on this circuit was the time of 9:51.45 seconds clocked in 2010.

The record achieved by EX1 was formally recognized by WIGE Performance, the official time-keeping body for the Nordschleife.