Citroen has created a desirable addition to the DS range. 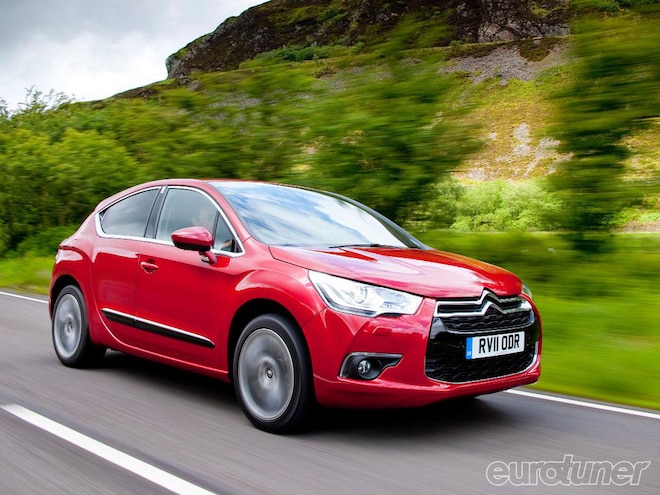 Citroen's acclaimed DS line-up is breaking new ground with the arrival of the new DS4 - a car which has already been voted "Most Beautiful Car of the Year" by more than 60,000 web users in 62 countries. A jury from the world of design, sport, culture and media also presented DS4 with the "Most Beautiful Interior" prize at the 26th International Automobile Festival in January. 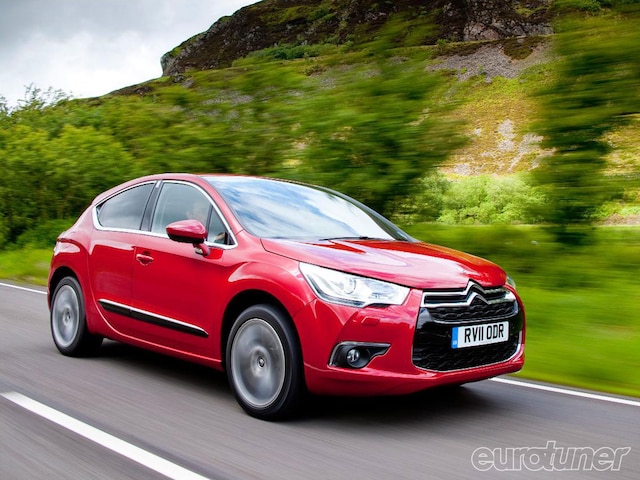 DS4 has also been honored at the 2011 Auto Bild Design Awards in Germany where it was named "Most Beautiful Car" in the City and Compact Car class.

By abandoning the norms of conventional design, Citroen has created a desirable addition to the DS range. Designed as a sleek coupe, but with five-door flexibility and a commanding, raised stance, DS4 takes 'Creative Technologie' to a whole new level.

DS4's striking profile is enhanced by a chrome-finished waistline and dark tinted windows. Sculpted wheel arches emphasize the stylish wheels (up to 19"). The taut roofline and rear spoiler add extra prowess. Striking 'always on' light signatures at the rear and around the front foglights ensure that DS4 stands out.

A sophisticated and beautifully appointed cabin offers exquisite comfort in a premium environment. The interior exudes a sense of status through meticulous attention to detail. From the carefully tailored acoustics to the premium cabin materials, DS4 projects an air of sophistication. The drilled aluminum pedals, embossed door handles and a choice of five leather combinations completes the opulent atmosphere.

The interior is home to a range of clever storage solutions for maximum convenience. The intelligent cabin design includes a raised center console (available on models fitted with EGS) with a cooled, illuminated and protected compartment that holds up to four 5 bottles and houses a connectivity area with a USB port and a 12-volt socket.

The serene onboard atmosphere is created by DS4's meticulous soundproofing, which is comparable to models in the segment above. DS4 offers the opportunity to personalise the onboard ambience with a range of polyphonic sound themes. The color of the dials and the instrument cluster can also be changed to further refine the driving experience.

Citroen's DS4 is powered by a range of five Euro 5 compliant engines, delivering refined performance with optimized fuel and CO2 efficiency. There are two diesels - HDi 110 and HDi 160 -and three gasoline units that were co-developed with BMW - VTi 120, THP 155 and a new THP 200.

The spirited THP 200 dispenses thrilling power and performance with a top speed of 146mph and 0-62mph time of 8.5 seconds. Extremely efficient, this engine returns an impressive 36.7mpg US over a combined cycle with low CO2 emissions of just 149g/km.

The HDi 110 is also available as an e-HDi version. Citroen's innovative micro-hybrid technology, with second generation Stop & Start, boosts fuel economy by up to 15% in city driving conditions and lowers the model's official CO2 emissions to just 114g/km.

One of the safest vehicles in its class, DS4 has been awarded a maximum 5-star Euro NCAP safety rating with a 97% score in the 'Safety Assist' category. An extensive range of safety features are available as standard, including ESP with Intelligent Traction Control, ABS with EBD and EBA, six airbags and two Isofix mountings on the rear seats.