The new Megane Renaultsport flagship is intended to take the fight to its VW rivals, including the Golf R and Scirocco R. 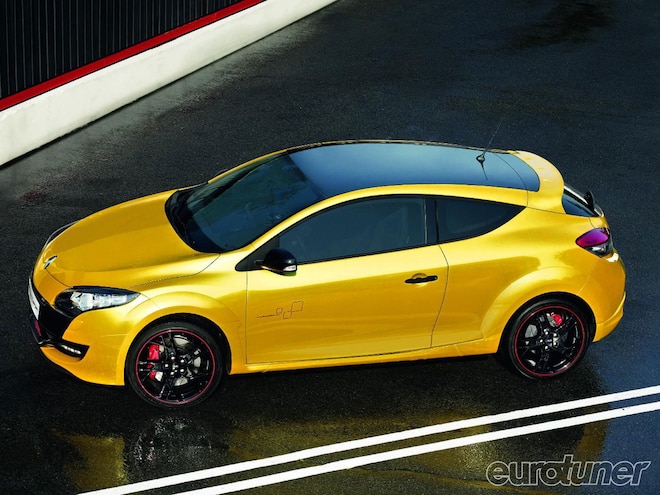 Renault has just announced the limited edition Megane Renaultsport 265 Trophy ahead of its world debut at the "World Series by Renault" next weekend. The event is a dedicated race meeting at the Nurburgring in Germany, where the French manufacturer will unveiled its fastest-ever road car. 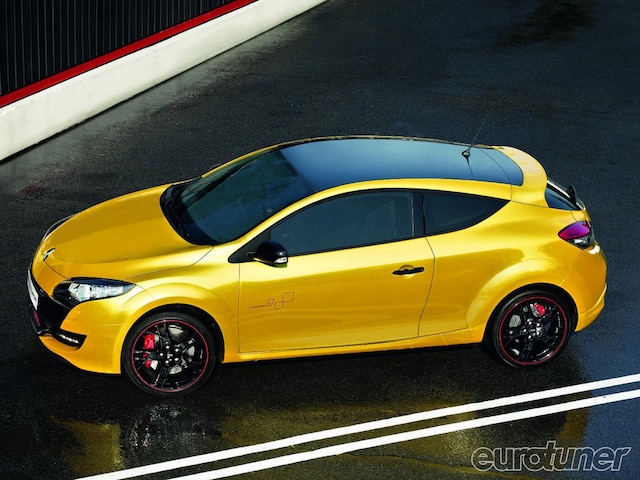 To achieve these gains, Renaultsport's wizardry has seen the engine's turbo pressure uprated to 2.5 bar, together with the air intake being revised to take account of the higher pressure and temperatures. The latest addition is based on the Cup chassis, but also adds Recaro seats with yellow seatbelts and detailing, Renaultsport Monitor on-board performance tracking and a numbered plaque.

In keeping with its focused nature, there is just one option - a gloss Renault i.d. Diamond Black roof. In keeping with its enticing performance, the 265 Trophy boasts distinctive looks. It will be instantly recognizable through its striking combination of gloss black 19" Speedline wheels with red rims, Bridgestone Potenza RE050A tires, 'Trophy' red decals on the F1-style front blade and doors, as well as LED running lights. Adding to its sense of drama, the 265 Trophy welcomes the return of Liquid Yellow i.d. metallic paint, reborn from its original use on the Clio Renaultsport 182 and V6 255, and latterly on the R26 and R26.R.

Black metallic paint is the only other color available, which, set off by red highlights on the car's decals and wheels, is likely to be sought after by for those seeking one of the most menacing hot hatches around.