Every panel on Covington’s Nova has been redesigned. 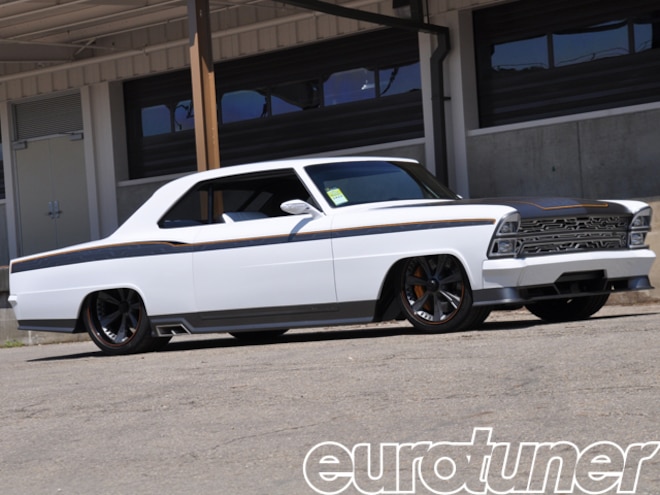 When Alex Covington envisioned his dream ride, it was a ’67 Nova he could use as a daily driver. However, his vision expanded after he selected the Roadster Shop to execute the build. They transformed it into a hi-tech, low-slung street machine and project “Innovator” began. 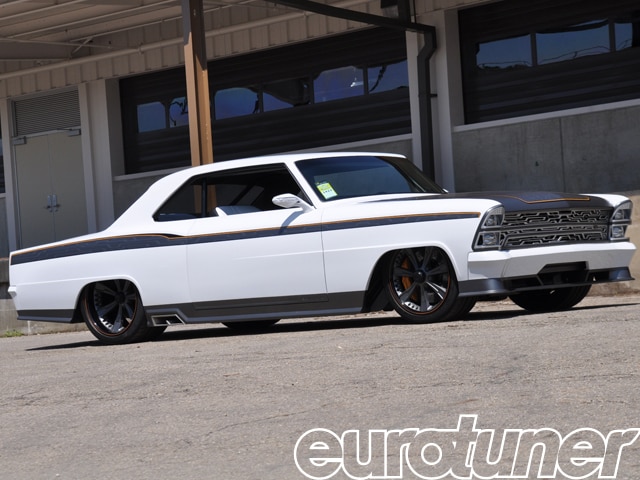 Covington’s faith in the Roadster Shop was rewarded when “Innovator” won the Goodguys 2011 Optima Batteries Street Machine of the Year award on July 9th at the Goodguys 14th PPG Nationals in Columbus, OH.

Every panel on Covington’s Nova has been redesigned. The top was chopped almost an inch, the fenders re-shaped, new body lines and wheel arches were made, and a new rocker panel profile continues around the vehicle. The headlights and grille assembly were fabricated, as were the tail light bezels. The PPG white is complimented by custom satin accents in charcoal, sliver and bright yellow.

Power is generated by a 700hp GM LSX in a handmade engine bay with machined panels and custom intake. Inside, the dash and console were handmade, as well as the rollcage and race seats covered in black and white leather. The illuminated headliner and floor inserts are as futuristic as it gets. “Innovator” rides on a Roadster Shop Fast Track chassis with a three-link rear suspension and Watts linkage. Afco remote-reservoir shocks cushion the ride, while Baer brakes provide stopping power. Eric Brockmeyer designed the center-lug seven-spoke wheels.

The car’s maiden voyage came Friday morning during the Street Machine of the Year AutoCross competition. Having never been driven, tension was high but anxiety turned to confidence when Innovator streaked to a 35.3sec lap time. It would hold up as the fastest lap in the entire competition!