Striking both inside and out, Tubik boasts distinctive styling with colors and materials designed to meet the highest standards. 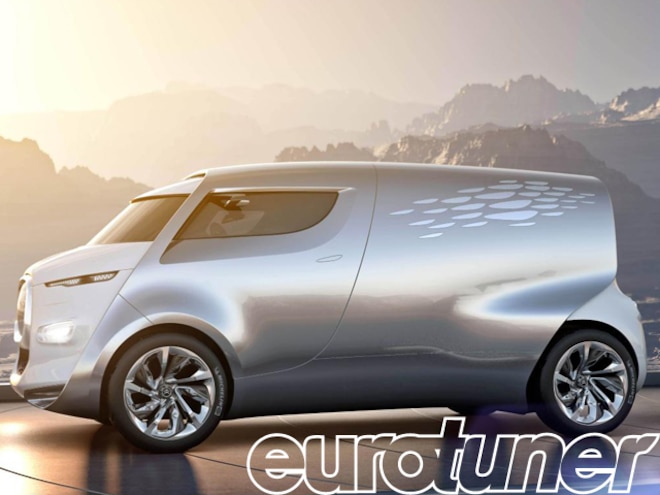 Looking a bit like the A-Team van, Citroën will present a new concept vehicle at this year’s Frankfurt Auto Show called Tubik, that’s designed to be a high-tech executive shuttle. 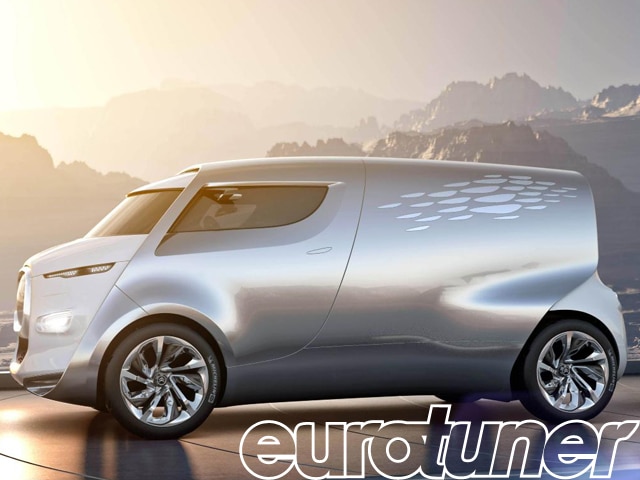 Inspired by Citroën’s renowned Type H or ‘TUB’ van (TUB is from the French acronym for low FWD commercial vehicle), Tubik is a 9-seater packed with technology. Striking both inside and out, Tubik boasts distinctive styling with colors and materials designed to meet the highest standards.

To make travel enjoyable for its passengers, Tubik incorporates a lounge-style cocoon dedicated to comfort and relaxation. The modular seats can be arranged in many different ways (semi-reclined, face-to-face, etc), and the onboard technology - which includes a giant semi-circular screen and high-definition surround sound - turns the cabin into an area that is perfect for long distances. The van is powered by Citroën’s Hybrid4 technology. With this full-hybrid diesel drivetrain and optimized aerodynamics, Tubik maintains CO2 emissions at a level comparable to a conventional sedan.

The front end styling brings to mind the corrugated metal of the Type H van with its distinctive ribbing, while the A-pillars are reminiscent of the Type H’s characteristic ridges. Citroën’s designers also combined two contrasting colors - the metallic grey of the body shell enveloping pearlescent white at either end. The exterior incorporates two large doors with access to the driving position and the ‘living area’, which are barely visible when closed. The huge cabin door opens upwards and incorporates the entire side of the vehicle. As journeys with larger groups of people generally involve luggage, the rear end conceals a cargo hold.

Citroën Tubik creates a high-tech world around the driving position, an area dominated by what the designers call the ‘cyclotron’ - a module that groups the seat, pedal assembly, steering wheel and curved head-up display in one circular form. The aluminum grey of the bodywork is used to accentuate its robust appearance.

Sitting in the black leather seat, the driver is identified by a fingerprint recognition. The head-up display screen provides all the information required for navigation. For all-round visibility, Tubik also features reversing and rear-view cameras.

Tubik’s ‘living area’ is a lounge-style cocoon with materials including felt seats, silk backrests and door panels, and a leather floor. The ambient lighting in the cabin highlights the colors and materials. Passengers can arrange the three rows of seats as they wish. Each seat is independent for maximum comfort.

The first row of seats lets two people facing the road or the other passengers. The middle row can seat up to three people or, alternatively, can be converted into a small table, be folded onto the last row for more space, or be folded out completely to create a lare seat for relaxation. Passengers then become spectators, taking advantage of the large multimedia screen in a semi-reclined position.

The full-hybrid diesel drivetrain also offers more range than a regular combustion engine and maximizes traction in four-wheel drive mode - the front wheels being driven by the diesel engine, and the rear wheels by the electric motor.