Honda pioneered ABS on road-going motorcycles and the Honda TT Legends team is now the first to use it in a 24-hour endurance race. 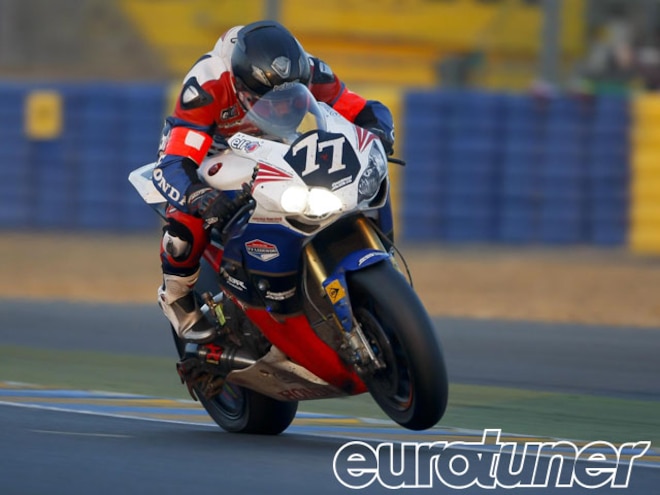 The Honda TT Legends team achieved a world-first last weekend, completing the Le Mans 24-hour race using a CBR1000RR equipped with Combined ABS. In doing so, they became the first team to run the system at World Championship level. 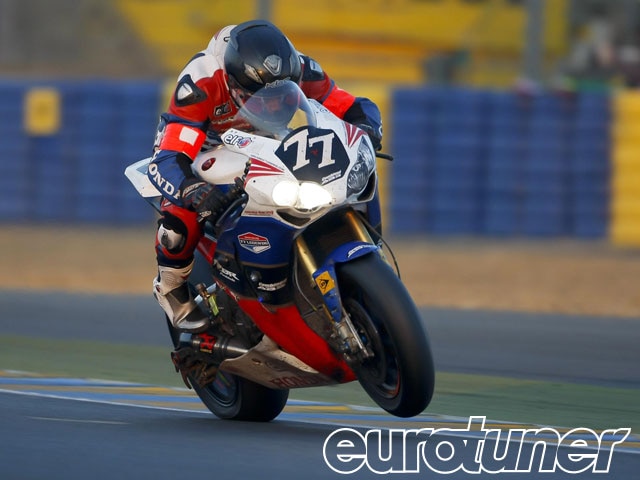 The Endurance World Championship entrants have been testing Combined ABS throughout the 2011 season, working towards a potential launch at the 8-hour race in Qatar in November. However, development of the system had gone so well the team decided to bring its introduction forward and run it during the Le Mans 24-hour.

The Combined ABS system ran without problems throughout the demanding race, which saw the Honda TT Legends team place fifth in a field of 62 teams. This result raised them to ninth in the 2011 Endurance World Championship standings.

The Honda TT Legends team, which includes TT riders John McGuiness, Keith Amor and Cameron Donald plus team manager Neil Tuxworth, will continue to run Combined ABS for the remainder of the 2011 season – which concludes in Qatar– and into 2012.

John McGuinness said: “We had no problems with the Combined ABS system at all. It’s still in the early stages and there are lots of sophisticated parts on the bike, but the brakes were fantastic for the whole 24 hours. There are certainly no complaints from me. To get fifth place on the first outing for the system is mega and hopefully we’ll get on the podium with it at some stage.”

Cameron Donald commented: “Having Combined ABS on the bike was definitely a benefit. I’m sure it got me out of trouble more than once, especially late on the race when fatigue was kicking in. The system ran so smoothly throughout the race and I can’t wait to see how it will develop. It’s definitely an exciting prospect.”

Keith Amor: “We didn’t really know what to expect when the team took the decision to run the Combined ABS. It’s pretty much brand new, so to come here and for the bike to last and do what it’s done is fantastic. 24 hours is a long time to race on any bike, and to finish the race and place fifth on the new ABS machine is brilliant.”