Sébastien Ogier and Julien Ingrassia, who set off in fifth position, started the day with two fastest times and two second-places. 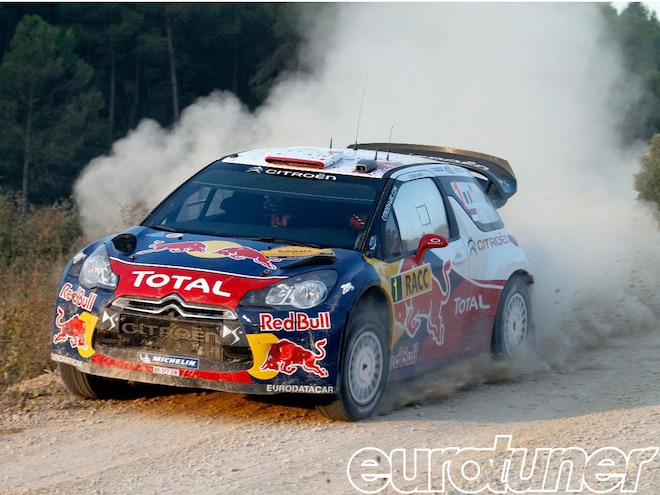 Sébastien Loeb and Daniel Elena drove a perfect race on the Catalonian gravel in Rally de Espana to claim their 67th career victory. In so doing, they first gave Citroën its seventh World Rally Championship title (with one round still to go before the end of the season). And secondly, the win has put them back in the overall lead in the Drivers' championship chase - the outcome of this battle will be decided in Wales in November.

Loeb and Elena, who had a 30sec lead over their nearest rival, were determined to convert their position into a fifth victory of the season.

After making the best tire choice, they were able to control the gap in the first leg and set the fastest time in the Coll de la Teixeta (SS15) Power Stage.

Sébastien Ogier and Julien Ingrassia, who set off in fifth position, started the day with two fastest times and two second-places. Just when they were on the point of snatching fourth, they had to stop their Citroën DS3 WRC in the second-to-last stage with an engine problem. Without scoring any points in Spain, Ogier is no longer in the running for the Drivers' World Championship.

The Power Stage became the focal point of the race because of the bonus points on offer. Loeb and Elena were on hard tires on the soaking wet tarmac and didn't take too many risks. Nevertheless, they set the third quickest time to receive a bonus point: "We're relieved to have won. It wasn't an easy victory and we had to fight to the end," explained Loeb after celebrating his 67th win on his 150th start in the world championship.

"Choosing the right tires today was complicated because of the uncertain weather. We weren't in the best position for the Power Stage but still managed to score a point, which could prove useful in three weeks! 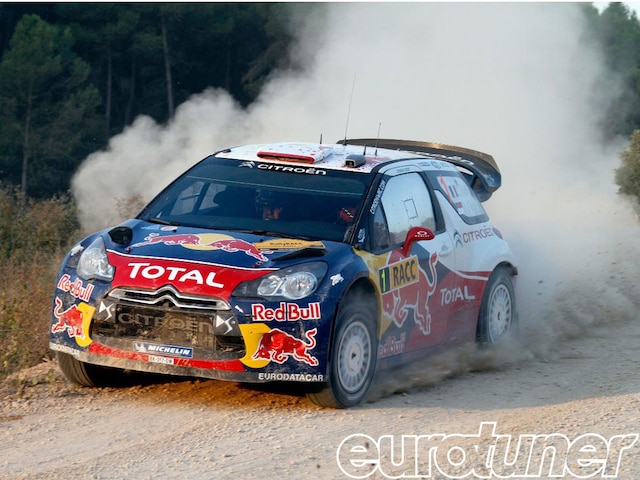 "On tarmac you have to adopt a precise driving style, rather like on a circuit. However, this year we laid the foundation of our victory on the gravel of the first leg."

Loeb and Elena will start Rally Great Britain with a lead of eight points over Mikko Hirvonen in the Ford Fiesta WRC: "For the moment we're celebrating Citroën's seventh title but the drivers' crown is far from over. Mikko has done a good job by finishing second in Spain and we know he'll be competitive in Wales. So we must finish in front of him - the best thing we could do would be to win to put our destiny in our own hands!"

Meanwhile, Volkswagen Motorsport continued its preparations ahead of the Polo R WRC making its WRC debut in 2013. The VW team completed a successful test at Rally de Espana, again using two Skoda Fabia S2000 cars in order to gather experience in the WRC.

With German duo Christian Riedemann and Michael Wenzel, and Spaniards Yeray Lemes and co-driver Rogelio Peñate in the cockpits, the pairs again had the chance to prove their skills in a professional environment. And they did so, with Lemes and Peñate claiming fourth place in class and 14th overall. Riedemann and Wenzel crossed the finish ramp in Salou eighth in class and 20th in the overall classification.

"We've got more than 12 months to go before our entry into the World Rally Championship. We're using this time by participating in WRC rounds with vehicles from Volkswagen Group's Skoda brand and familiarizing ourselves with the WRC in competitive conditions in parallel to the development of the Polo R WRC,' said Volkswagen Motorsport Director Kris Nissen. "Every rally has its own character. The special aspect of the Spanish rally is that the vehicles first run on gravel and then on tarmac, plus it has incredibly enthusiastic fans."