The car is being built to celebrate 40 years since the formation of BMW’s M division in 1972, and only 40 will be built for the US.. 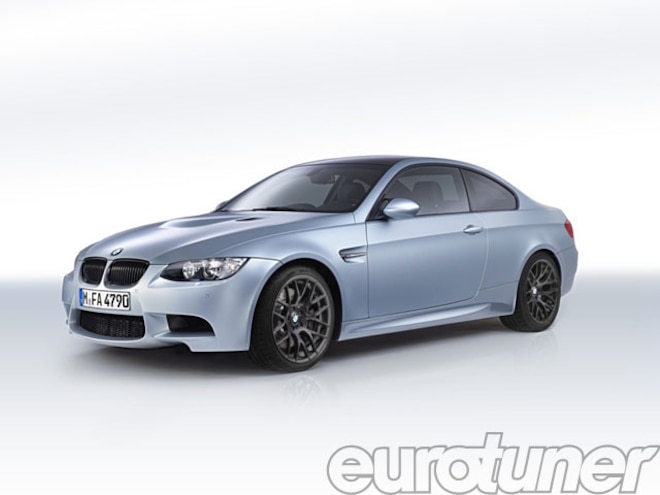 On the heels of the 20-edition Frozen grey M3 Coupe launched last year by BMW North America, the company has announced a 2012 version of the M3 Competition Edition, which will be finished in a matte Frozen Silver paint. 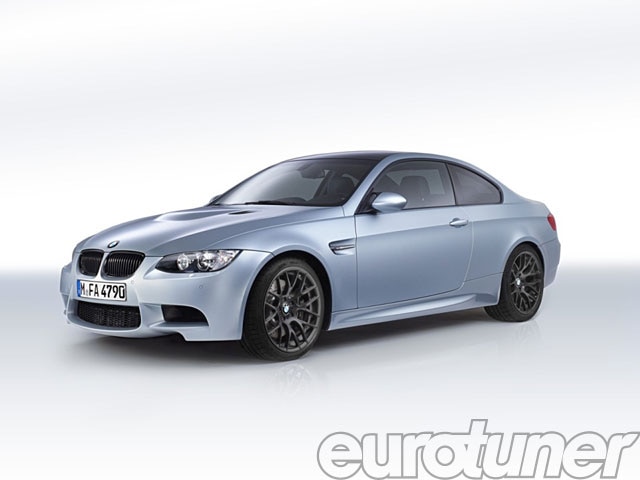 The car is being built to celebrate 40 years since the formation of BMW’s M division in 1972, and production will likewise be limited to 40 identical cars.

In addition to the BMW Individual paint with its silk matte topcoat, the exterior treatment also includes black hood intakes and dark chrome exterior trim, including the kidney grilles, M gills and exhaust tips. The 19” M3 GTS wheels are finished in black.

The interior is further distinguished by an Alcantara steering wheel with M3 Checkered Flag inlay.

As a final touch, carbon fiber trim has been added to the dash and center console.

With drivers such as Bill Auberlen, Boris Said and the legendary Hans Stuck, the BMW M3 dominated the GT classes of sports car racing in the States into the new millennium with two generations of BMW M3 (E36 and E46), winning 53 of 118 races entered. In 1997 the BMW M3 became one of the few Marques ever to win its class at both the 24 Hours of Daytona and the 12 Hours of Sebring in the same year. As remarkable as that was, the feat was repeated the very next year.

A decade and a half later the BMW M3 continues to top the American Le Mans Series podiums against a tough field of GT competitors. Led by American racing icon Bobby Rahal, BMW Team RLL won the ALMS GT Manufacturer and Team championships in both 2010 and 2011, with Joey Hand and Dirk Mülller adding the Driver’s title this year for a clean sweep of all GT class championships.

The 2012 BMW M3 Competition Edition will be offered for an MSRP of $81060 including destination and handling. They are powered by the stock 4.0-liter, 414hp M V8 with the M DCT transmission, which gives it a 0-60mph time of 4.5 seconds Each of the 40 cars have been allocated to the first 40 US BMW centers to become M Certified Centers.