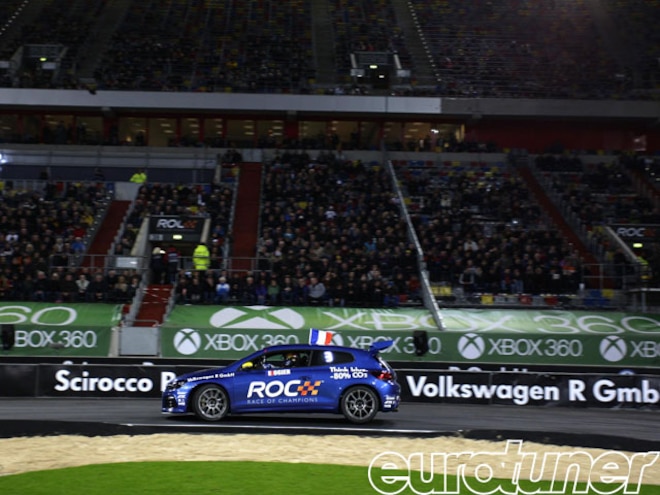 Having recently signed to drive for Volkswagen in the World Rally Championship, the German manufacturer was celebrating Sébastien Ogier’s win at the 2011 Race of Champions event. 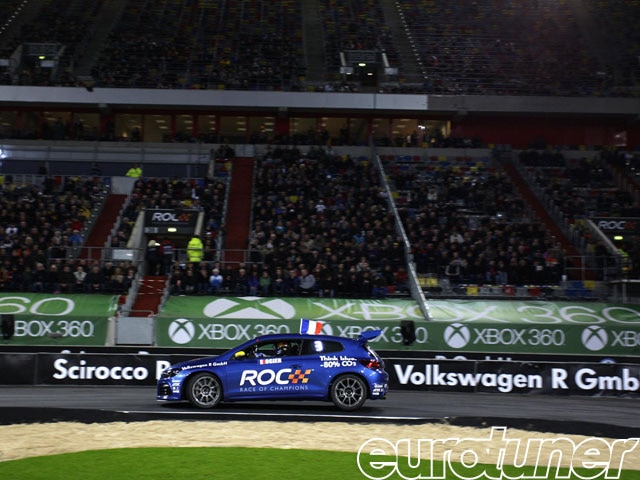 The French driver left Citroen to become a Volkswagen WRC driver on 23 November. This was his first time competing in the Race of Champions, which pits top drivers from around the world against one-another in a stadium setting.

In the finale, the 27 year-old Frenchman beat eight-time Le Mans winner Tom Kristensen, who had previously beaten Michael Schumacher in the semi-final.

Ogier, who will contest the WRC from 2013 for Volkswagen in the Polo R WRC, demonstrated his driving abilities in front of around 40,000 spectators in the Esprit arena in Düsseldorf.

During the competition, Volkswagen’s new star was the fastest in the field, which included F1 World Champions Sebastian Vettel, Michael Schumacher and Jenson Button. In addition, he was up against DTM Champions Martin Tomczyk, Timo Scheider and Mattias Ekström. The US was represented by Travis Pastrana and Brian Deegan.

Among the racecars used in the Race of Champions were the VW Scirocco R-Cup, Audi R8 LMS and the Škoda Fabia S2000 rally car.

As part of the build-up to the Race of Champions Nations Cup, which took place on Saturday, Ogier also had his first public outing in the Polo R WRC at the event, demonstrating the four-wheel drive 300hp rally car in front of the excited crowd.

Commenting on his victory, Ogier said: “My first outing in Volkswagen overalls and then victory in the Race of Champions – I’m absolutely delighted. They were exciting races against fantastic opponents. It’s not easy for a newcomer to master the different cars and the track, but I had a good feeling. It was a great honor for me to be invited for the first time to participate in the Race of Champions. My thanks also go to the fans that made the atmosphere electric.”