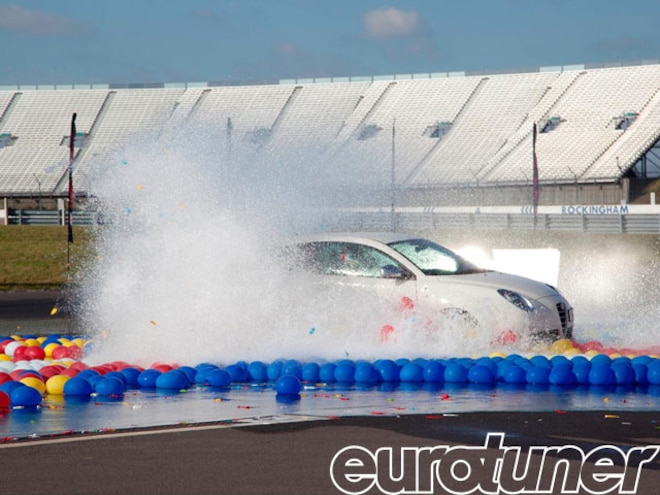 In the video, you can see the sporty Alfa MiTo become a world record holder with professional stunt driver Terry Grant at the wheel. His task was to set a new record for the number of water balloons burst by a car.

The feat now stands at 2738 balloons and is the 20th record held by Alfa Romeo driver Terry Grant. He drove through more than 2500 balloons, which had been arranged to form the iconic serpent and cross Alfa Romeo logo.

Captured using the latest pre-production Red Epic slow-motion camera, the stunt can be viewed in all its glory at www.youtube.com/alfaromeouk

The Quadrifoglio Verde version of the MiTo uses a 170hp MultiAir engine, which also gets Alcantara-trimmed Sabelt carbon-fiber seats among its star attractions.