Citroën has revived an iconic photo shoot, which saw its original DS model photographed with the supersonic Concorde airliner. 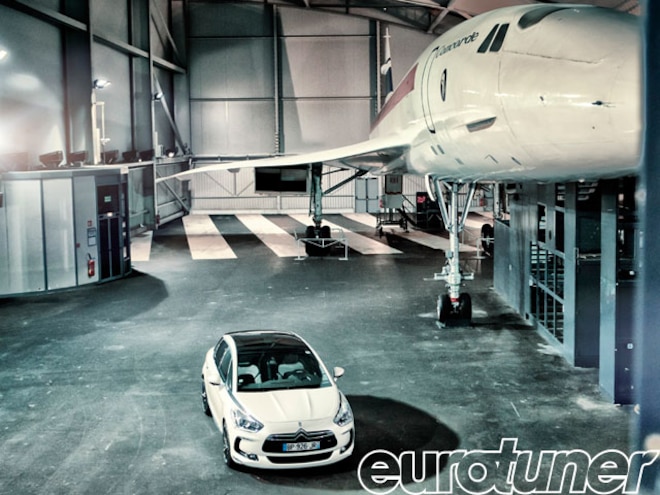 The series of photographs show the New DS5, which is said to be aviation-inspired, poses under the wings of the Concorde aircraft, just as the legendry DS did in its heyday. 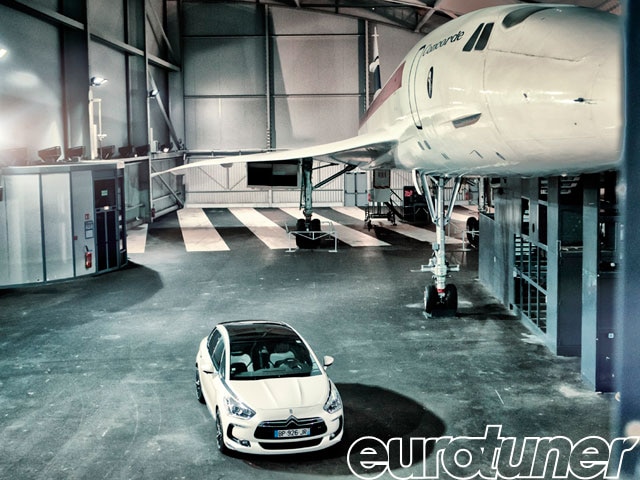 The DS5 is the latest model in the distinctive DS line from the French carmaker. The photos were taken at Le Bourget Airport in France by Laurent Nivalle, a photographer at Citroën Styling. The shoot was part of an initiative by the ‘C-Forum’ Citroën fan club that plays on the aviation theme that inspired the design of DS5.

With pilot-style overhead switches inspired by cockpits, a heads-up display and a roof divided into three light wells, the aviation cues are clear to see.

Having already claimed Top Gear Magazine’s ‘Family Car of the Year’ in the 2011 awards, DS5 stands apart from its rivals with its intelligent design, aerodynamic body and advanced onboard technologies.