Judging will be conducted by the competitors themselves, with the top builders in each class receiving awards. 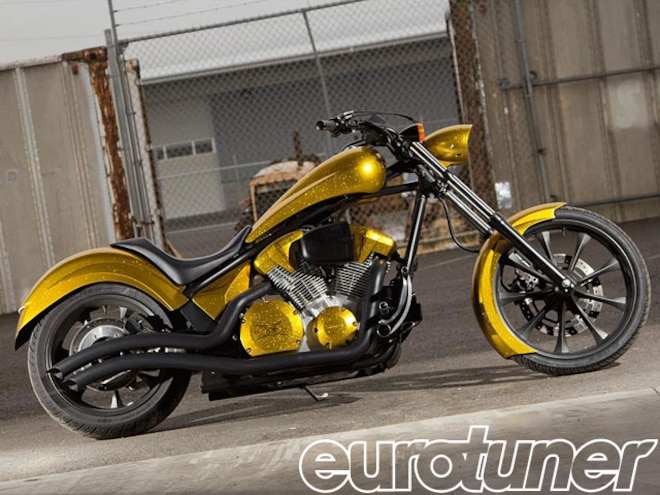 MotorcycleUSA.com is giving away a custom 2011 Honda Fury as part of the Ultimate Builder Custom Bike Show that is part of the Progressive International Motorcycle Shows that are touring the country. 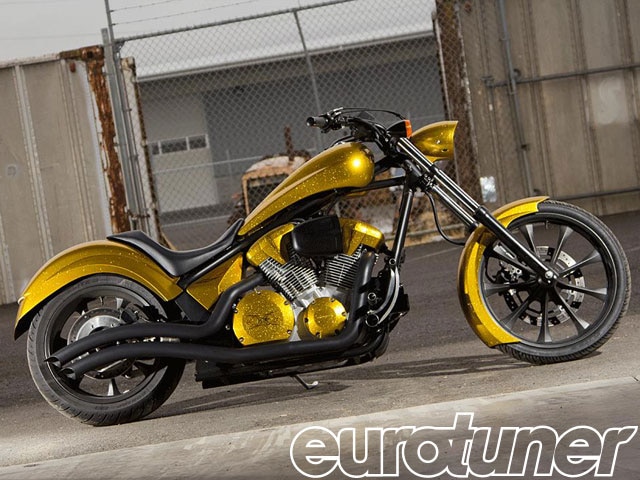 The winner of the Fury will be announced at the end of the 2011/2012 Progressive International Motorcycle Show nationwide tour (see dates and locations below).

Attendees at the show who vote in the “People’s Choice” award at the Ultimate Builder Custom Bike Show are automatically entered to win the custom-built Honda Fury.

Coated in gold metalflake paint, the MotorcycleUSA.com Honda Fury has an extensive list of upgrades, including a set of Cobra Speedster Swept Pipes and PowrFlo Air Intake System, plus fenders from Low and Mean, along with a few other custom touches.

Judging will be conducted by the competitors themselves, with the top builders in each class receiving awards. This is in addition to the “People’s Choice” award given to the builder who receives the most votes from show attendees. Voters are automatically entered to win the custom Honda Fury.

Custom bike builders are encouraged to enter any of the nationwide shows for a chance to win some of the $90,000 cash purse.

Four cash prize winners will be chosen at each show, and at a special United States Championship finale taking place at the Daytona Progressive International Motorcycle Show during Daytona Bike Week, March 14-17, 2012.