In the 16 months since the collections’ preview, it has grown to include exclusive sporting items such as bikes, helmets and more. 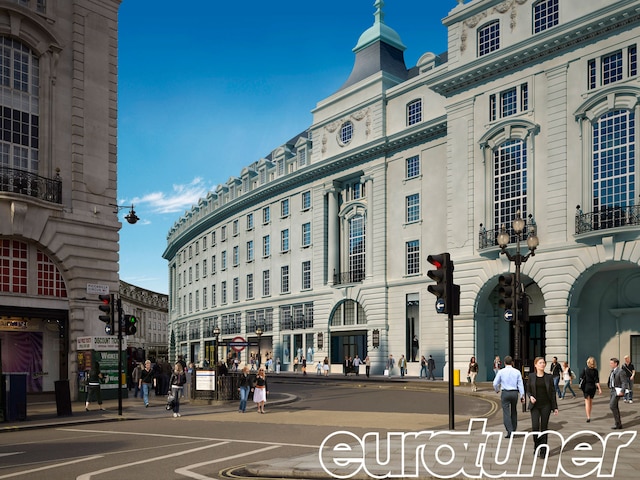 Continuing the reinvention of Lotus Cars and the Lotus brand, the company has confirmed it plans a new ‘Lotus Originals’ flagship store for London’s famous Regent Street.

Situated in Piccadilly in the heart of London, the store will open in late Spring/ early Summer 2012 and will host a new Lotus experience.

The 4800sqft store will be situated in the former ‘Café Royal’ locations and will feature exciting displays and a full stock of apparel, accessories, gifts, toys and limited edition collectables.

The Lotus Originals line made its debut at the 2010 Paris auto show alongside five new Lotus cars as a preview of the new Lotus lifestyle. Debuting with high-quality apparel, accessories and gifts, the move to Regent Street affords the space to showcase an expanded collection.

In the 16 months since the collections’ preview, it has grown to include exclusive sporting items such as bikes and helmets, toys and even stationery.

The development has been rapid, following its launch in September 2010 on a dedicated website – www.lotusoriginals.com.

The first shops soon followed, with a store at Lotus’ Hethel HQ and Norwich City Football Club’s Carrow Road stadium in Late 2011. Dealer shops have also recently opened in China. The flagship London store is the next step in the retail strategy for non-car Lotus products.