In order to reflect the range of Lotus activities, all official works teams will now race in the evocative black and gold livery. 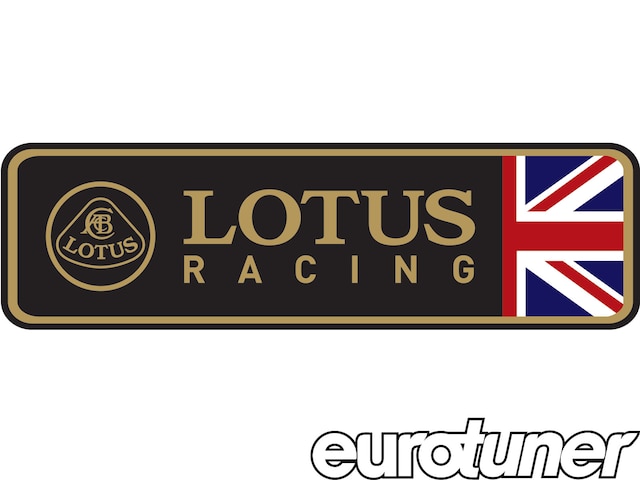 Using the platform of the Autosport International show in Birmingham, England, Lotus made a number of announcements about its 2012 projects and overall organization.

For starters, the name Lotus Racing has become the new umbrella for all of the activities undertaken by the Group Lotus racing division.

In order to reflect the range of Lotus activities, all official works teams will now race in the evocative black and gold livery. These include the Lotus F1 Team, GP2 and GP3 team, Lotus GP (formerly ART) and Lotus Dragon Racing.

Customer teams have the option of running other classic Lotus liveries, such as Lotus Sport UK’s ‘Gold Leaf’ red, white and gold, which was raced to victory in the British GT Championship last year.

Lotus also announced its full factory partnership with the Dragon Racing IndyCar team. Lotus Dragon Racing will be an official Lotus team, racing in the black and gold colors shared with the F1 program.

Owned by Jay Penske – Chairman and CEO of the Penske Media Corporation, and son of US racing legend Roger Penske – Dragon Racing debuted in 2007, picking up fifth at the Indy 500 at the hands of Ryan Briscoe. In 2009, its first full season, Dragon driver Raphael Matos took Rookie of the Year honors.

In 2012 no less than four teams, with an anticipated minimum eights cars, will be using Lotus power in the IZOD IndyCar Series.

The company’s all-new twin-turbo V6 has its first shakedown today at the Moroso circuit in Jupiter, FL, with Lotus HVM driver Simona de Silvestro. The engine program, which was announced in November 2010, has come together quickly without teething problems. Lotus Dragon Racing, Lotus HVM Racing, Lotus Bryan Herta Autosport, and Lotus Dreyer & Reinbold Racing are all confirmed as engine partners.

Claudio Berro, Group Lotus Director of Motorsport: “The engine has performed extremely well so far, and we and our partners are very pleased with the results. We had our first fire-up in a Dallara chassis in Palma, Italy on December 21-23, then the engine was sent to America, and today we’re having our first on-track shakedown, at Moroso, which is very exciting. On January t we opened a Lotus facility in Indianapolis, which will be our US engineering and logistics hub.”

Autosport International also saw the new Lotus Racing Kart, built in Italy by Wildkarts. The official Lotus Racing Karts team will evaluate drivers at the end of the month in Lonato, and will compete in the CIK-FIA KF1 Karting World Championship.

Lotus Racing Karts also set its sights on the Asia-Pacific region and, represented by a Japanese partner, will form a team in the All-Japan Championship.

Another important task for Lotus Racing Karts will be CIK-FIA «U18» Karting World Championship. This new series is aimed at promoting drivers between 15 and 18 years old through an FIA World Championship with limited costs thanks to the free allocation of engines and tires.

Finally, Team Bullrun will enter a Lotus Evora GT4 in the 2012 Britcar MSA British Endurance Championship. The team has previously won the series’ production car title, while the Evora placed third in the Britcar 24 Hours last October. However, this will be the first full racing season for the Lotus endurance model.

Team Bullrun refers to the US-based luxury rally in which fun-loving and cash-rich enthusiasts take the public roads by storm. Expect some eye-catching Lotus models as well as Burt Reynolds look-a-likes on the Bullrun this year, which kicks off in Hollywood on June 23 and promises seven days of high-octane hedonism.