The 1911 Vauxhall C-Type was widely acknowledged as Britain’s first sports car and was named after Prince Henry of Prussia. 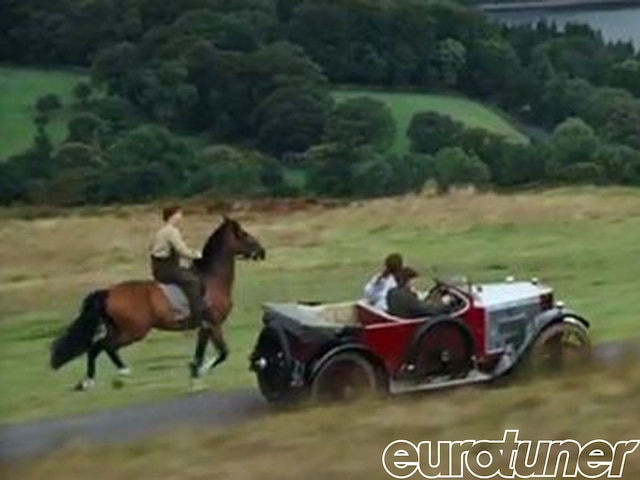 Audiences of Steven Spielberg’s epic movie War Horse will get to see some classic Vauxhall horsepower on the big screen. The blockbuster features both a 1911 Vauxhall C-Type Prince Henry and 1918 D-type Army Staff Car. In fact, the Vauxhall ‘Prince Henry’ appears in some versions of the movie’s trailer, with the car racing the War Horse across Dartmoor in southwest England.

A spokesman from Vauxhall commented: “Steven Spielberg loved the C-Type Prince Henry but, due to its non-conventional controls, an expert was on hand to drive it on set. He could master the center-mounted throttle and outside gear changes. Mechanics were also available 24/7 to ensure the car was always operational, so that valuable filming time wasn’t lost.”

The 1911 Vauxhall C-Type was widely acknowledged as Britain’s first sports car and was named after Prince Henry of Prussia, who sponsored early reliability trials.

The 1918 Vauxhall D-Type Army Staff Car is a development of the ‘Prince Henry’. The comapny built nearly 2000 for the War Office, costing $770 each. Army Staff Cars saw First World War service in many countries, including Egypt and Salonika. A D-type carried General Allenby into Jerusalem, another was the first car to cross the Rhine into Germany after the 1918 Armistice.

Vauxhall Motors has a 109-year heritage and has manufactured vehicles continuously in Britain since 1903. During the First World War, the plant in Luton contributed to the war effort by producing the D-Type Army Staff Cars, all of which were handbuilt. Throughout the Second World War, Vauxhall Motors designed and built the Churchill tank, Queen Mary Aircraft Trailers and thousands of jerry cans and steel helmets.