The 1.6-liter turbo engine, developed by Citroën Racing, provides up to 256hp, to give it a healthy 160hp per liter. 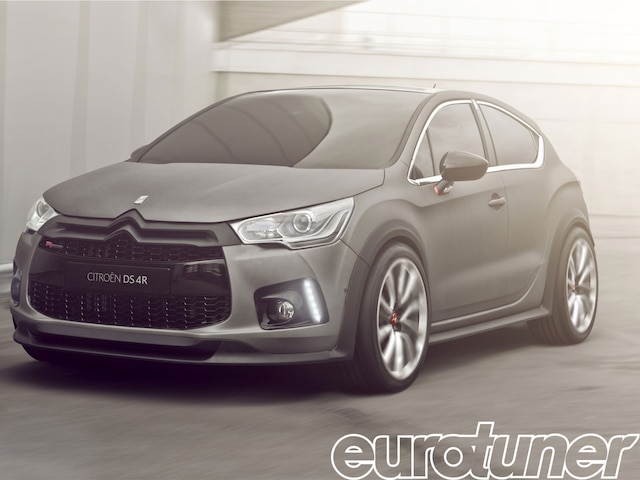 Hot on the heels of the rally-inspired Citroën DS3 Racing, the French manufacturer has announced it will debut a new DS4 Racing concept at the Geneva Auto Show in March.

To give it pedigree, the car has been developed by Citroën Racing ¬– company’s motorsports division that’s been responsible for seven WRC championship titles. The DS4 Racing concept will feature new carbon fiber components including a diffuser, front splitter and wheel arch extensions.

The 1.6-liter turbo engine, developed by Citroën Racing, provides up to 256hp, to give it a healthy 160hp per liter. This represents a new high for a Citroën series production car, if this version were to reach showroom floors.

The Citroën Racing engineers modified the chassis and running gear, lowering the car 35mm and widening the track by 55mm front, 75mm rear to increase stability.

The braking system boasts four-piston calipers at the front with 380mm diameter rotors under large, 19” wheels and 235/40 tires.

Another stand-out feature of the DS4 Racing concept is the textured-effect matte grey paint along with a two-tone roof and two-tone wheels.