Ducati offers fans the opportunity to experience a live Grand Prix and participate in the “choreographed entertainment”. 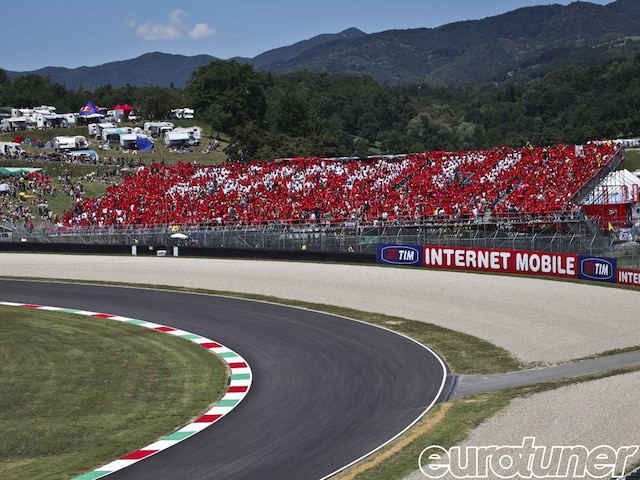 With the start of the 2012 MotoGP season in Qatar less than one month away, Ducati has begun to sell tickets for its famous Ducati Grandstands. These are designed to bring Ducatisti together in one place to support Ducati team riders, Nicky Hayden and Valentino Rossi on their Desmosedici GP12 motorcycles.

Helping inject Ducati passion into the series since 2003, the Ducati Grandstands 2012 will first roar into action in Qatar, before moving on to the spectacular 500-seat grandstand at the first European race in Jerez, Spain, April 29.

Thereafter, it follows five European-based GP events before crossing the water to the US for Laguna Seca and Indianapolis. It then returns to Europe for Brno, Misano and Aragon.

Fans in the Asia-Pacific region also get a chance to occupy a Ducati Grandstand at Motegi, Sepang and Phillip Island before the series again returns to Europe for the finale in Valencia, Spain.

Ticket-holders will not only gain one of the best viewpoints on the racetrack, but also may enjoy the additional benefits of reserved bike parking and secure gear storage at some circuits.

Ducati offers fans the opportunity to experience a live Grand Prix and participate in the “choreographed entertainment”.

Information on Ducati Grandstands and ticket purchase details are on the official Ducati website www.ducati.com/ducati_grandstands.do