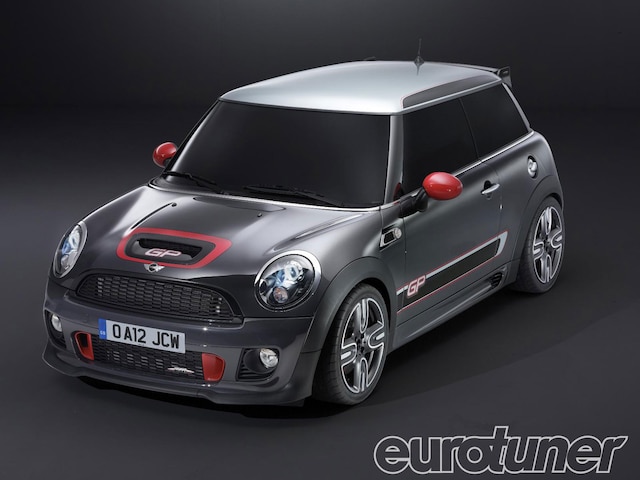 Only 2000 examples of the most powerful street-legal Mini will be built following completion of its final test phase. This has included laps of the Nürburgring’s Nordschleife circuit, where the new Mini John Cooper Works GP set the fastest lap of the ever achieved by a Mini: The JCW GP lapped the Grand Prix course in 8min 23sec, beating its predecessor by almost 19sec.

The model gets adjustable race suspension and larger brakes, as well as large front and rear spoilers, striking side skirts, a new roof spoiler and a newly developed rear diffuser to optimize airflow under the car. Inside, the rear seat was removed to focuses on the needs of the driver and co-driver.

The new Mini John Cooper Works GP follows in the tracks of its predecessor and will be in similar short supply, with only 2000 units available worldwide. Final performance figures will be announced closer to launch, along with pricing and the volume allocated to US customers.

Hosting the preview of the new model, the JCW GP will be officially unveiled for the first time at Le Castellet in France, during the Mini United festival on May 11-13, 2012. 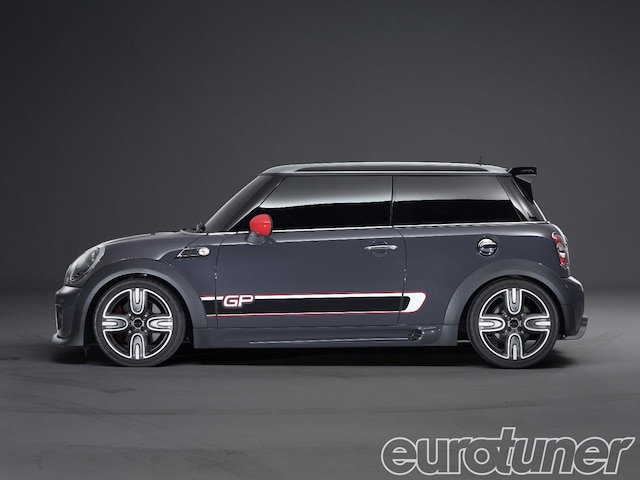