60,000 fans thrilled by everything Ducati. 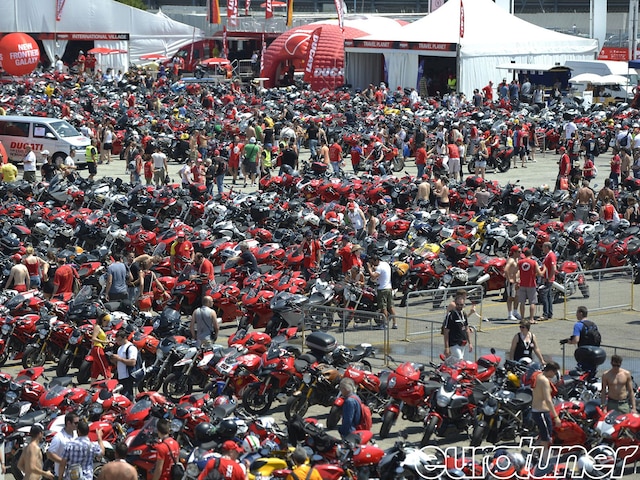 Right after the Drag Race tens of thousands of Ducatisti rode side by side in a procession to the nearby Riccione for one major Ducati bash by the “Ducati All Starts”. Featuring Steve Jones (Sex Pistols) Duff Mckagan (Guns N’ Roses) Franky Perez (Pusher Jones) Steve Stevens (Billy Idol band), Billy Morrison (The Cult) and Isaac Carpenter (Loaded).

The grand finale held on June 24th packed in even more motorcyclists from all over the globe all brought together by their passion for Ducati.