The Spanish rider will now continue development of the new Ducati 1199 Panigale. 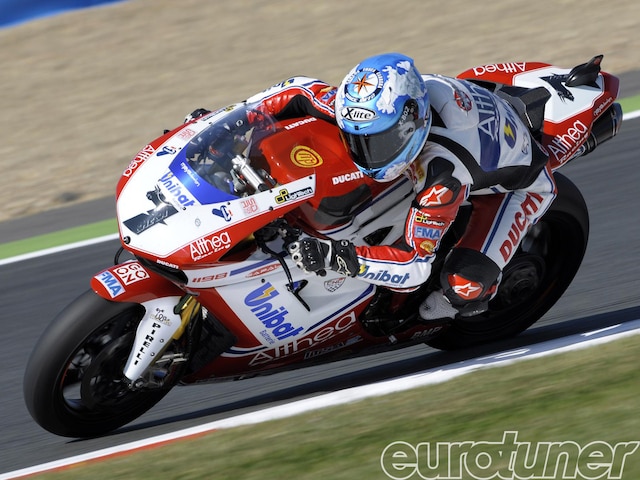 After three years of preparing its factory-supported race bikes, Ducati has terminated the relationship with Team Althea Racing, despite the team claiming the 2011 title with Checa plus the 2011 Manufacturers’ and Riders’ Superstock titles for the Italian manufacturer.

Ducati claims cooperation will remain between Team Althea Racing and the factory but hasn’t stated on what basis at this point. More details are to follow.