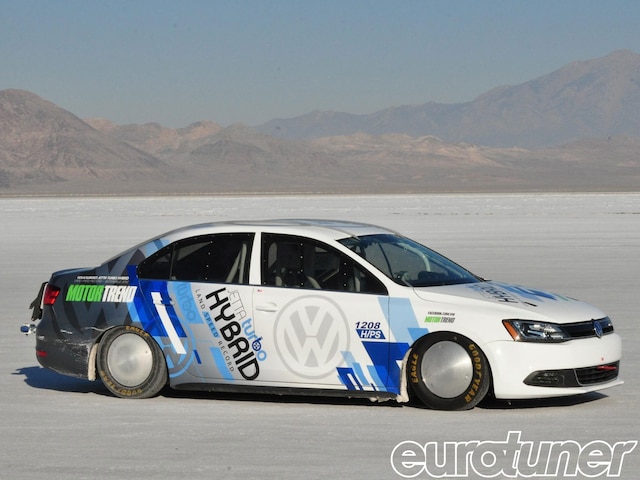 Shattering the previous world record for a hybrid powered vehicle, VW Group of America and Motor Trend set a 186.313mph run with their Jetta Hybrid salt flat race car. Raising the bar by 18.8mph above the previous record.

“We’re very proud that the Jetta Hybrid has not only posted the fastest speed for a hybrid at Bonneville, but that it has gone out and broken an SCTA land speed record as well,” said Jonathan Browning, CEO and President, Volkswagen Group of America. 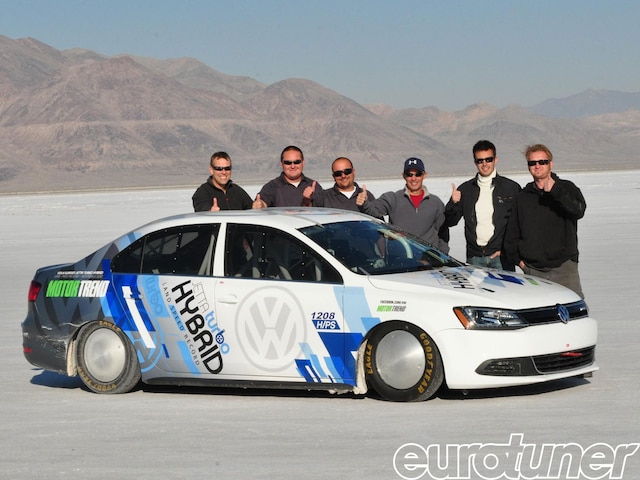 The all-new 2013 Jetta Hybrid marries a 1.4-liter turbocharged, direct-injection four-cylinder TSI® gasoline engine with a seven-speed DSG® dual-clutch automatic transmission and an electric motor. The combined output of the engine and electric motor is 170 horsepower, along with 184 pound-feet of torque, stock of course. In order to run the high speeds necessary for Bonneville, the VW R&D group in Wolfsburg, Germany built a motor producing in the vicinity of 300hp.

Realizing such a car required a collaborative effort from around the globe. The powertrain for the Jetta Hybrid racer was designed and built by VW R&D in Wolfsburg, Germany. Carrying out the safety and construction was A-Salt Racing and Advanced Product Engineering from Camarillo, California. Final calibration tuning was managed by the engineers from Volkswagen Test Center in Oxnard, California.

Congratulations to VW Group of America, Motor Trend, A-Salt Racing and Advanced Product Engineering and Volkswagen Test Center. Next year we hear Mr. Lago might shoot for the coveted 200mph club at Bonneville with the car. We’ll keep you posted on any further developments. 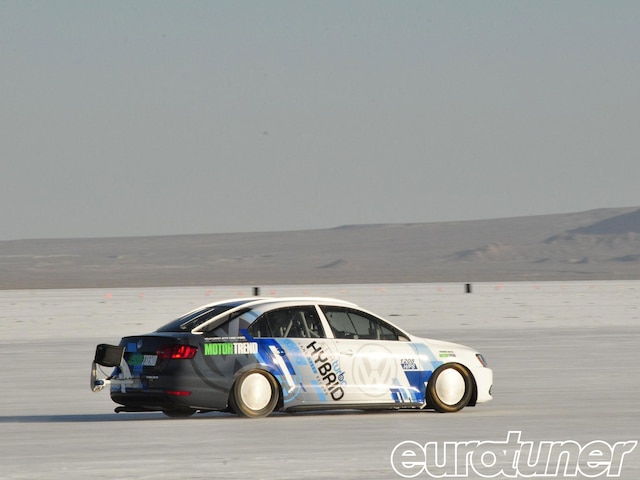