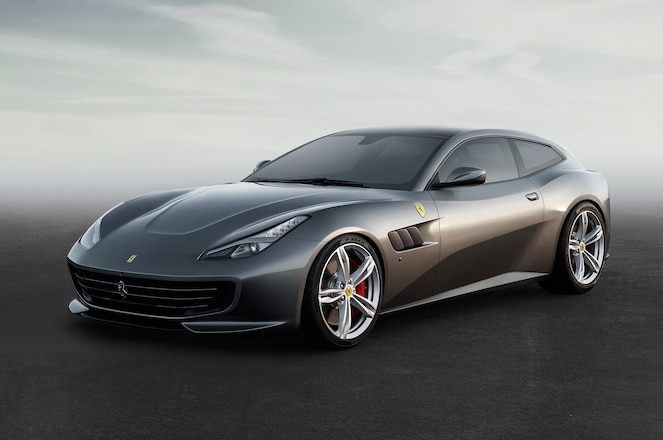 Debuting at the 2016 Geneva auto show in March is the Ferrari GTC4Lusso, formerly known as the FF. The car's new name is a reference to the Ferrari 330 GTC, 330 GT, and 250 GT Berlinetta Lusso while the number "4" hints at the car's four seats.

Under the hood, the GTC4Lusso retains the FF's 6.3-liter V-12 engine but has been massaged to 680 hp and 514 lb-ft of torque. That's 29 hp and 10 lb-ft more than the outgoing FF. Around 80 percent of the V-12's torque is available at 1,750 rpm for improved responsiveness at low revs. The engine's compression ratio of 13.5:1 sets a new record for the category, Ferrari says. 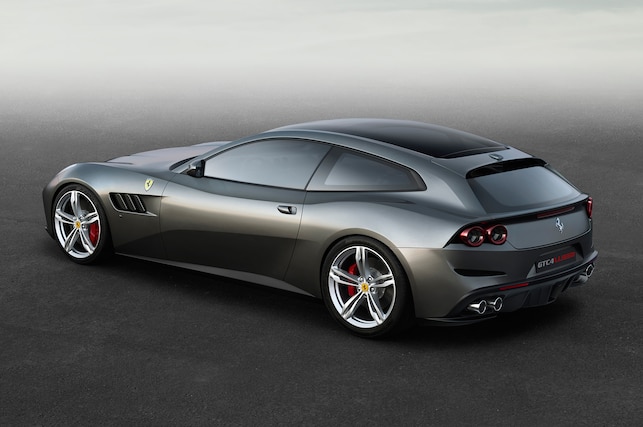 Exterior updates such as a roof-mounted rear spoiler, integrated air intakes in the front grille, side air vents, and a triple fence diffuser help lower the GTC4Lusso's drag coefficient. Essentially a facelifted FF, the GTC4Lusso maintains the shooting brake body style and now has a lower roof that gives it a fastback-like silhouette. Inside, the dash has been reworked and now features a new infotainment system with a 10.25-inch capacitive touchscreen, a smaller steering wheel with integrated controls, and a smaller airbag. On the center console, there's also a little pocket where you can place the car's keys.