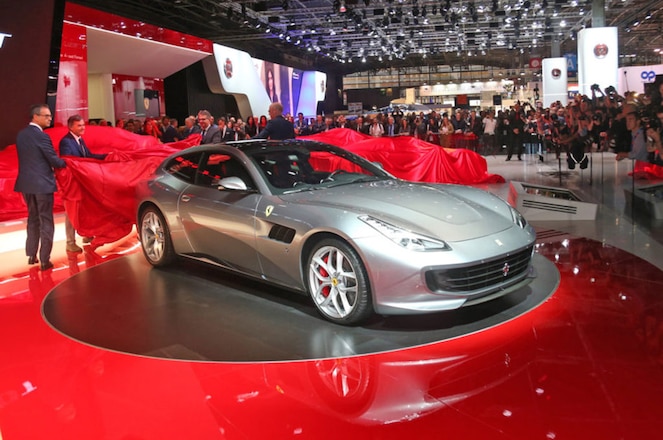 Ferrari likes to call the GTC4Lusso T "a new concept of car." To the rest of us it looks a lot like a GTC4Lusso with a turbocharged V-8 engine instead of a naturally aspirated V-12, and rear-wheel drive instead of all-wheel drive. Which is basically what it is. 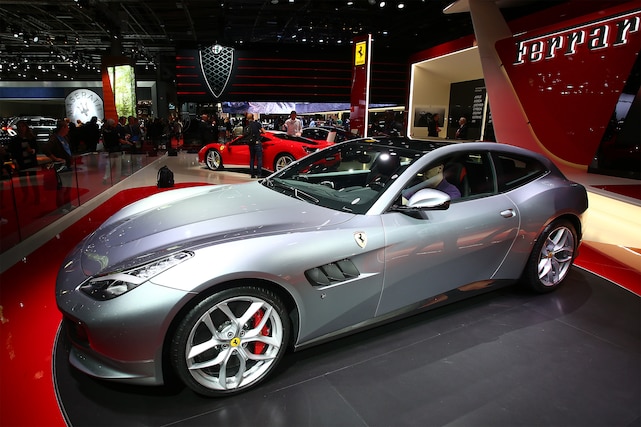 Ferrari chief marketing and commercial officer Enrico Galliera says the Lusso T will appeal to Ferrari customers who want a daily driver. As in the 488, the engine's Variable Boost Management varies the amount of torque delivered in different gears, ensuring smooth low-end response and strong acceleration through the rev-range. And because there's more torque the Lusso T runs taller gears than the V-12 Lusso, improving fuel consumption and increasing driving range by 30 percent. 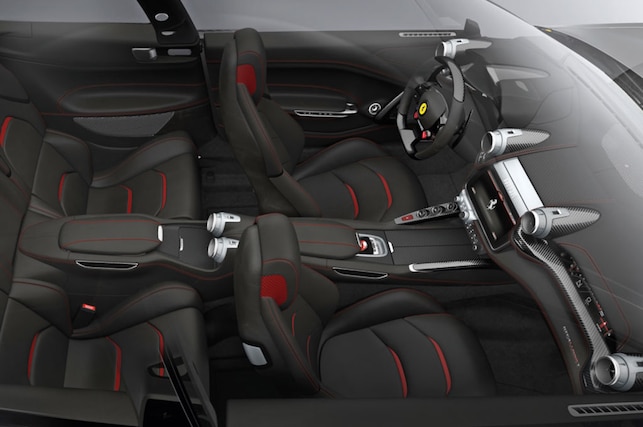 The Lusso T eschews the innovative all-wheel-drive system of the Lusso in favor of a simpler, lighter rear-drive setup that helps save 396 pounds compared with the V-12-powered Lusso. The four-wheel steer setup, MagnaRide dampers, and Side Slip Control system have all been recalibrated to suit, and this, combined with increased rearward weight bias - 46/54 percent front/rear - gives the Lusso T even sportier dynamics, says Ferrari. 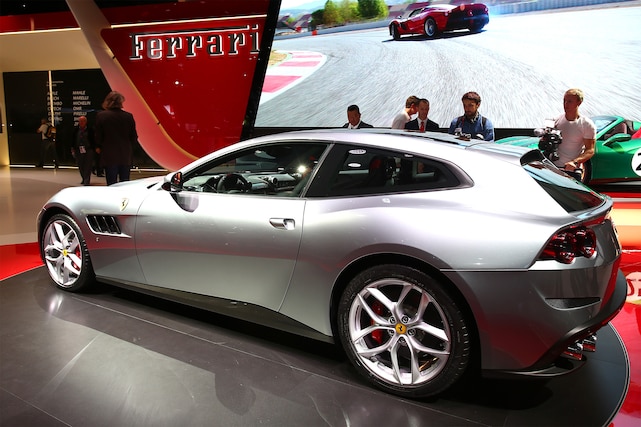