Bound for the Paris auto show 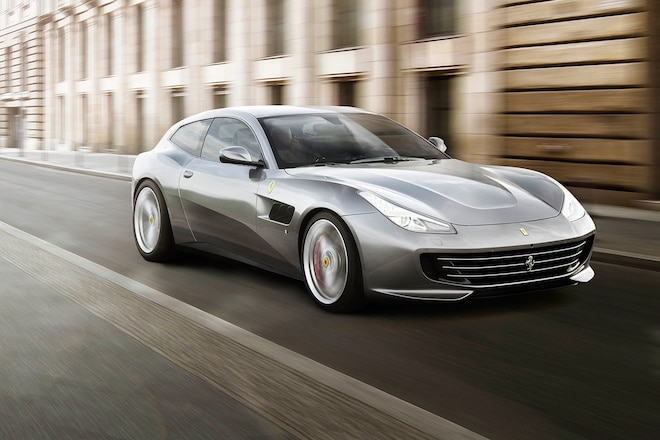 There's a new option out there for buyers seeking a four-seater Ferrari. Those who don't need all the falderal of the GTC4Lusso's 12 cylinders can opt for a version with a twin-turbo turbo V-8. Ferrari calls the GTC4Lusso T "sporty and versatile, as well as perfect for driving on a daily basis."

The car is the first four-seater Ferrari to receive a turbocharged V-8. The 3.9-liter unit pumps out 600 hp, down from the standard model's 680 ponies. But it offers a whopping 560 lb-ft of torque, an increase from 514 lb-ft in the V-12 model. Ferrari estimates the T can hit 62 mph in just 3.5 seconds, or 0.1 second slower than the V-12. The GTC4Lusso is the latest model to receive a version of Ferrari's new boosted eight-cylinder, following the 488 GTB and California T. Compared to the 3.9-liter in the 488, the GTC4Lusso's is down 60 hp, though it's up 48 hp from the unit in the California T. 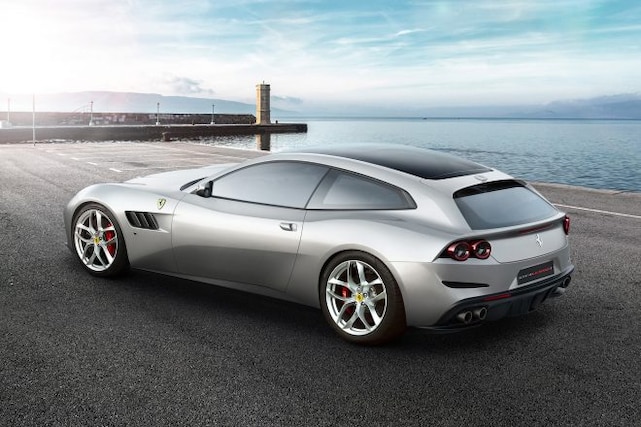 Unlike its V-12 sibling, the Ferrari GTC4Lusso T is a rear-wheel-drive car. Ferrari says it's also lighter and increases weight bias toward the rear. For sharper cornering maneuvers, the car offers Side Slip Control and four-wheel steering to steer the rear wheels in the same direction as the fronts.

Debuting at the Geneva Motor Show earlier this year, the GTC4Lusso replaces the shooting brake FF. Inside, it features an upgraded interior complete with a central 10.25-inch touchscreen and a dual cockpit setup that gives the passenger side its own screen. These tech tidbits also carry over to the T model.

The Ferrari GTC4Lusso T will make its official debut at the Paris Motor Show next week.