Only One Ferrari P80/C Will Ever Be Built 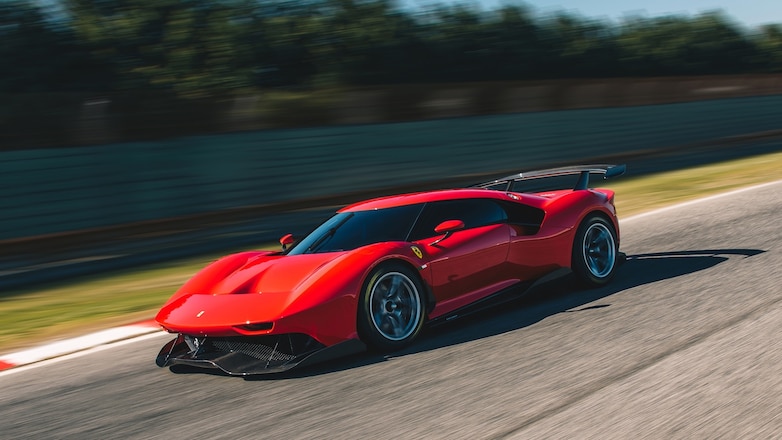 A couple weeks ago, Ferrari introduced its latest mid-engine supercar, the F8 Tributo. It's an evolution of the 488 GTB that Motor Trend named the 2017 Best Driver's Car, with restyled bodywork, more power, and even better handling. But now that we've seen the one-off P80/C, the F8 Tributo feels like old news.

Built for one (presumably quite wealthy) Ferrari collector, the P80/C started life as a 488 GT3 race car back in 2015. According to Ferrari, the collector wanted the look of his new car to be inspired by the Ferrari 330 P3/P4 and the 1966 Dino 206 S. The all-new bodywork was created by the Ferrari Styling Center with input from both the engineering and aerodynamics teams. And since it would be a track-only race car that wouldn't be homologated for any specific series, there were basically no restrictions on what the designers could do. As you can see, they went wild. 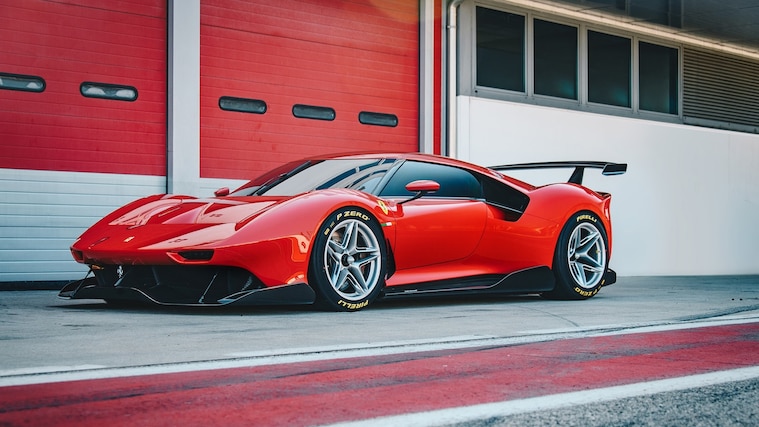 Ferrari didn't say anything about price, but from the sound of it, the price tag for the P80/C had to be eye-watering. Not only is it a one-off race car, according to the press release, it "had the longest development time of any Ferrari one-off made to date." Even the powertrain was reportedly customized to meet the customer's specifications. The result is a long, low car with no headlights, an extreme aero package, and a look that won't be mistaken for any other car on the track.

We wish Ferrari had included more performance specs, but at least for now, there's no word on which engine is under the hood, how much power it makes, or how much quicker the car is than a regular 488 GT3 race car. All we know is that the aerodynamics have been improved by about 5 percent. 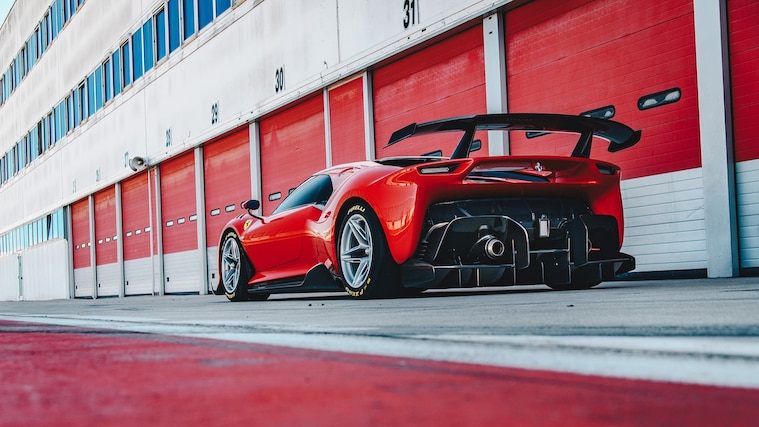 At the customer's request, the P80/C can be configured in two slightly different ways. On the track, it rides on 18-inch wheels and sports the massive wing you see above. But for display purposes, the track wheels can be replaced with 21-inch alternatives, and much of the aero kit can be removed "to highlight the purity of its forms." As gorgeous as the P80/C is, hopefully, we'll eventually get a chance to see it on a race track at some point.

Only One Ferrari P80/C Will Ever Be Built
Photo /