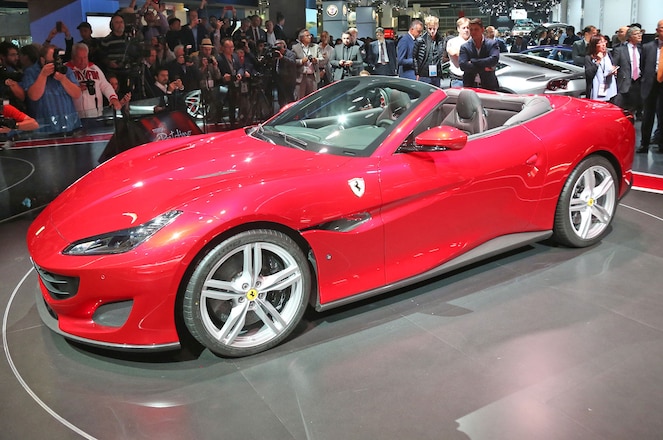 Ferrari boss Sergio Marchionne admits he didn't know what to make of the California, the V-8 powered GT with the retractable hard top that his predecessor Luca di Montezemolo launched with great fanfare as a car that would make the Prancing Horse more accessible to a whole new group of customers, especially women. "I like the car very much," Marchionne said at the Geneva Show earlier this year, "but it is the one that from an identity standpoint has the hardest time seeing itself as a full-blown Ferrari."

Should the California be more focused, he was asked, with more emphasis on performance? "I'm not sure there is a customer for this," he replied bluntly.

So what, then, are we to make of the 2018 Ferrari Portofino, which goes on sale in the U.S. next summer, priced from about $211,000? The Portofino not only shares some parts and its basic architecture with the California, but it's also conceptually similar, being a front-engine V-8 grand tourer with a retractable hard top. And it's also more performance oriented, with the 3.9-liter twin-turbo V-8 under the hood tweaked to deliver 591 hp at 7,500 rpm—38 more horses than the version that powered the California T. 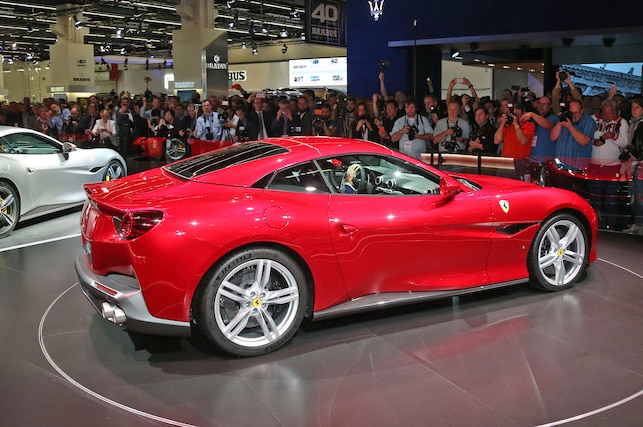 The Portofino is also 162 pounds lighter than the California T, thanks to a heavy rework of the basic platform. The A-pillar, for example, comprises just two pieces instead of the 21 used in the California. More power and less weight means more performance, and the Portofino's 0-60-mph acceleration time of less than 3.5 seconds is at least a second better than that of the California T, and its top speed is comfortably above 200 mph. Sounds like a more focused California to us ...

And it doesn't stop there. The front springs have been stiffened 15.5 percent and the rears 19 percent, and the latest iteration of Magnaride dampers have been fitted to help better control body motions and reduce roll. The Portofino has also been fitted with Ferrari's third-generation E-Diff, which works in conjunction with the F1-Trac traction control system to improve cornering grip, and joins the 812 Superfast in having electronic power steering. The steering is 7 percent sharper than in the California. 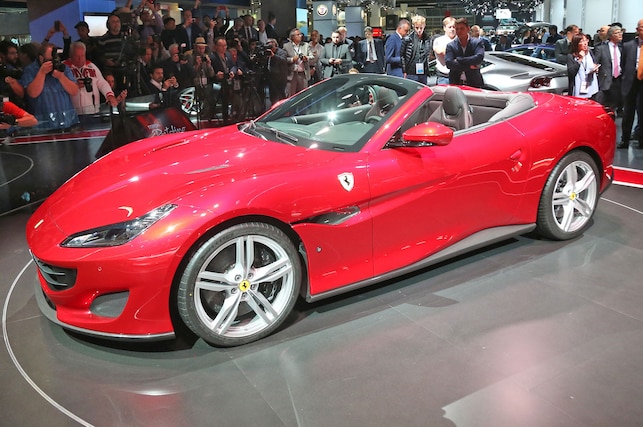 Ferrari confirms the Portofino delivers better dynamic performance than the California, especially with the Manettino switched to Sport mode, but Ferrari also claims it rides better in Comfort mode. The Portofino's softer side is supported by the upgraded interior, which follows the lead established by the GTC4Lusso, offering luxury with a sporting edge, from the optional 18-way adjustable power seats to the 10.25-inch central touchscreen to the optional mini-screen display, which provides information on speed, engine revs, and the gear selected right in front of the passenger. Ferrari says the air-conditioning system has been given a 20 percent increase in capacity, and a new wind deflector cuts airflow over the occupants with the top down by up to 40 percent.

The most noticeable improvement over the California, however, is the design. There's a tauter elegance to the Portofino's surfaces, and with the roof in place it has a lovely fastback profile. The headlights and taillights echo the themes seen on the California, but the execution is much more sophisticated. 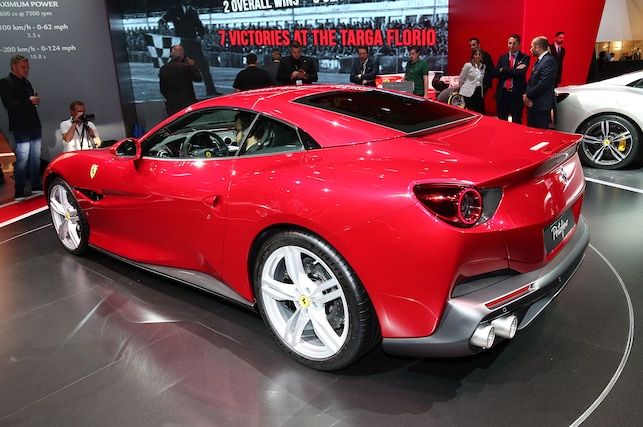 As with all modern Ferraris, the designers worked closely with the aerodynamicists to ensure the form had function. Two intakes on either side of the grille service the intercoolers, and bigger vents in the hood help bleed off hot air, negating the need for a larger radiator. Subtle air curtain style intakes at the outer edges of the headlights vent into the front wheel wells to increase airflow and reduce drag caused by the front wheels.

The Ferrari Portofino takes its name from the stunningly picturesque, harlequin-colored village that hugs the coast on the Italian Riviera. It's the sort of place where the wealthy park their yachts in the harbor or stay in one of the luxury hotels on the hills above, soaking up the scenery and living the good life. It's nothing like California. Which, for Ferrari, is precisely the point.