Breaking down the possibilities of installing some of that sweet OEM Euro aero for your current-gen. Civic Type R 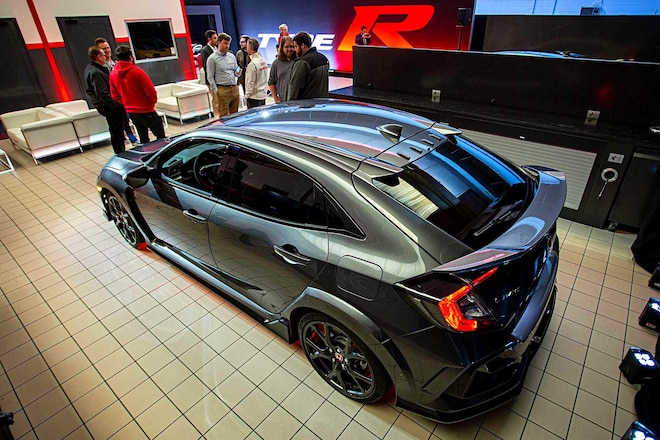 There's no shortage in demand for the Honda Civic Type R in the United States, which is likely why Honda sees no reason to bring the Civic Type R Sport Line and its clipped rear wing to our shores. Not that we're getting short changed; the Type R's towering tail is a fully functioning piece of equipment that adds more than 60 pounds of downforce at 124 mph. Plus, it further separates the flagship Civic model from its lesser counterparts. 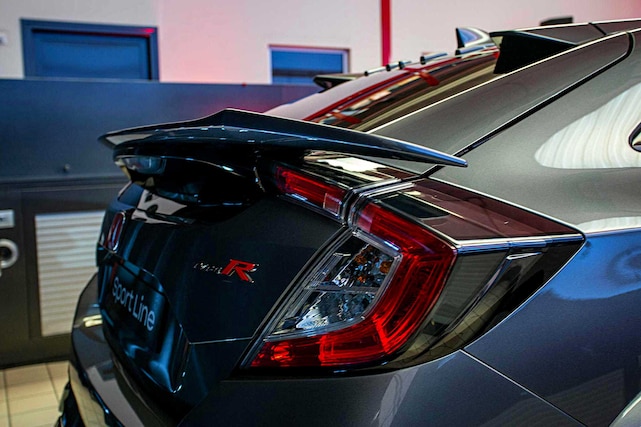 Still, American Civic Type R buyers hoping to simply swap the Sport Line's smaller spoiler to their cars in the future might be a little outta luck. Blame the fact the two Type R wings mount to the car in different ways, per a Honda spokesperson. There's surely a way to make it work should you source the Sport Line spoiler, but it's clear it wouldn't be a simple bolt-off, bolt-on procedure.

Super Street says: This news may disappoint the folks willing to ditch the performance benefits of their Type R's standard rear aero, but it's by no means the end of the discussion. There are and will be aftermarket options for the wing, and we would be a little surprised if someone like a Seibon or APR didn't start producing bigger body parts of the FK8 body in composite (they may already have) - including the hatch door, to which both pieces of factory body work are affixed to. There is, after all, a huge pane of heavy glass in it, kind of high on the chassis in fact, and if we know anything about track guys, we know they will be looking for any way to ditch that weight. 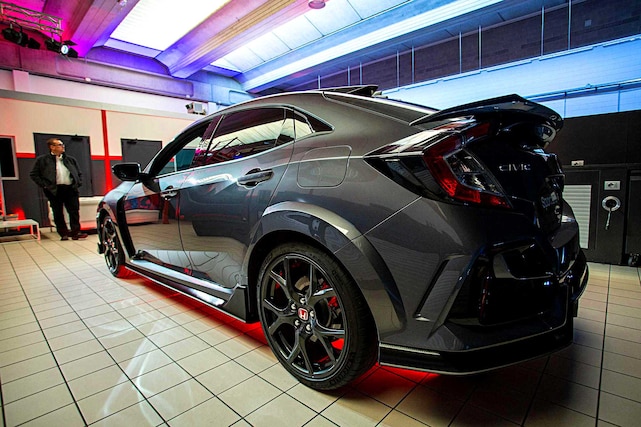 Dare anyone question the logic of going to such an extreme for a little piece of non-USDM body flair, we would quickly point to the legion of JDM-nosed DC2 Integra in America, the scores of hub swaps, even the builders who were bold enough to turn their eighth-gen. USDM Civic sedans into something that looks like an FD2 Type R, which was no small feat. The front-end conversion for the USDM FA5 bolts right on but requires JDM FD2 fenders, hood, headlights, and bumper, and there's some wiring and bumper support trimming also involved; the rear requires a trunk lid, and the Type R taillights almost bolt in but require some trimming behind the lights themselves - it's nothing anyone will see but it's required to get all of the light's studs through the car and bolted in.

Of course, there's nothing stopping Honda from sending the Civic Type R Sport Line our way in the future, but for now, we're happy to see Honda prioritize performance improvements like those made to the 2020 Civic Type R and the upcoming 2021 Civic Type R Limited Edition over this one styling tweak.