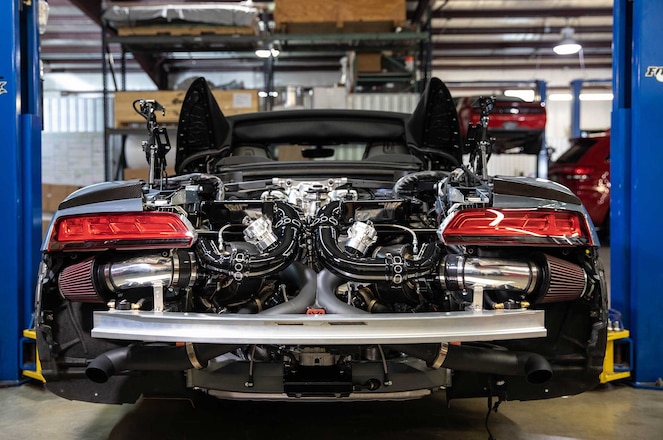 Bored with your new-ish current-gen Audi R8? Hey, we don't blame you. Supercars with 650-hp-plus are so five years ago, and that 5.2-liter naturally aspirated V-10 in the R8 struggles to pull out of your driveway with "only" 562 horsepower. Even the hottest R8 Performance model musters a measly 612 ponies. Pathetic!

To the sizable portion of supercar owners who likely nodded in agreement to the sentiment above, those nitro-blooded power junkies whose thirst for power is insatiable, there's Hennessey Performance. The tuning outfit has long offered a comprehensive roster of upgrade packages for nearly every high-end performance vehicle from the 2010s and 2020s, often pushing power figures close to (and sometimes beyond) the four-figure threshold. And it recently turned its attention to today's Audi R8 V-10.

Hennessey has offered said upgrades to the current R8 since the model's second generation was introduced for 2017. It must be a popular package, considering the Texas-based tuner just released a new video highlighting a new Hennessey-ified R8 build. In the new vid, the power-mad speed moguls slapped two fat turbos to the V-10 of a 2020 Audi R8 Spyder, cranking output to a whopping 912 hp—just enough power to get you and a friend down to the local Cars and Coffee. Oh, and enough for a zero-to-60 mph run in 2.6 seconds and the quarter mile in 9.8 seconds at 145 mph. 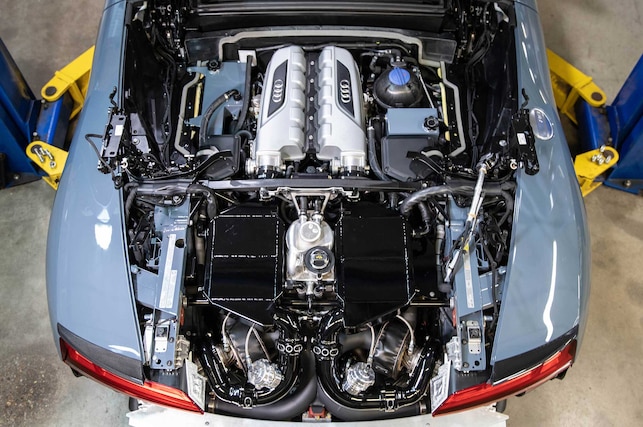 From the Staff of Super Street: Kids, that's a ridiculous 71-percent jump in horsepower. If going 1,000 large is their thing, they should build/optimize engines for pro drift (not that anyone in drifting could afford their services).

In addition to the new snails, the shop incorporates upgrades to the intake, exhaust, oil, and cooling systems. Notice we didn't mention any upgrades to the fuel, driveline, or transmission? Surprising for a build that jumps output by almost 400 horsepower, but Hennessey retains the stock fuel system and apparently doesn't touch the gearbox at all. Bold move, but with bespoke ECU calibration and extensive dyno tuning, Hennessey stands by its engineering with a 1-year/12,000-mile warranty.