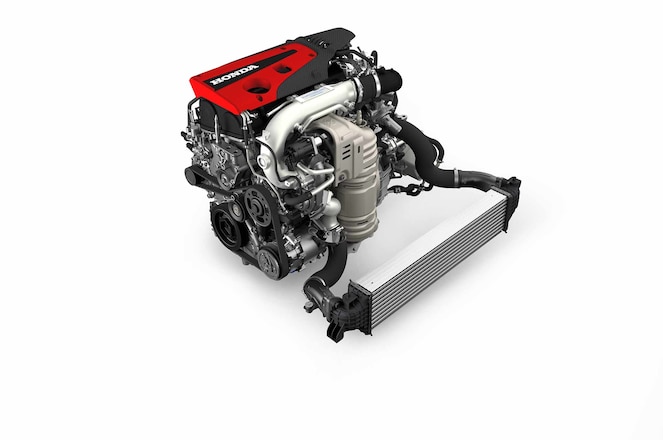 Honda racers with engine envy for the Civic Type R's turbocharged 2.0-liter magic-maker can stop being bitter and start living their VTEC Turbo Earth Dreams. Honda has announced it will begin selling Civic Type R crate engines through its Honda Performance Development (HPD) division. The crate engine will be on display at SEMA alongside a Type R-swapped Civic Si coupe race car.

As it does in the 2017 Honda Civic Type R, the turbo 2.0-liter makes 306 hp at 6,500 rpm and 295 lb-ft of torque from 2,500-4,500 rpm in crate engine form. Few other details about the standalone K20C1 were given, but if it's like HPD's other crate engines, it should come with the necessary wiring to complete the installation. How much does Type R power cost? The crate engine will run you $6,519.87, not including shipping. That's a lot of cash, but only a drop in the bucket compared to a Hellcat crate engine. One important caveat is you must be a member of HPD's Honda Racing Line program, which requires a valid racing license from a recognized organization and results from your last two races, in order to buy the crate engine. That means getting a Type R engine for your street car won't be easy. 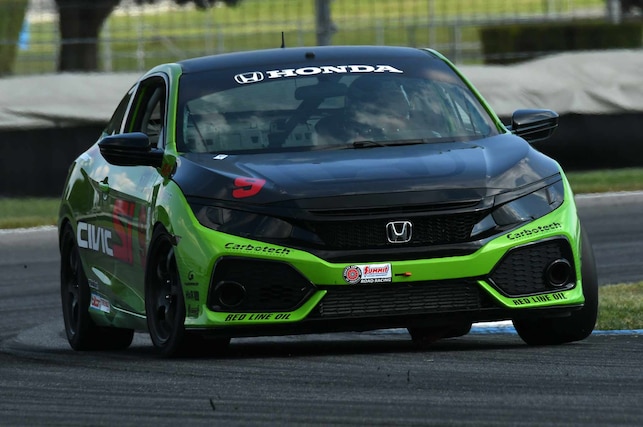 To show attendees how the engine will look installed in a non-Type R Civic, Honda is bringing a turbo 2.0-liter-powered Civic Si coupe. The car is an SCCA STU-class race car built by a Honda engineer, and is based on the Civic Si body-in-white that was unveiled at SEMA last year. Also on display will be a Honda Civic Red Bull Global Rallycross race car, a Pirelli World Challenge Civic Si, a Civic Type R that will contest the 25 Hours of Thunderhill, and the Baja 1000 class-winning Honda Ridgeline race truck.

Honda is also debuting its line of HFP Red Carbon accessories for the Civic Type R. The kit retails for $2,697 and includes a rear wing, exterior mirror caps, and interior panels, all made out of carbon fiber. An illuminated Type R door sill, red leather shift knob, and illuminated center console are available separately for the Type R. Regular Civic and Civic Si owners won't be left out of the fun thanks to a 2018 HFP Series kit available for the Civic Si sedan and coupe, and the Civic hatchback. The kit includes alloy wheels, a sport suspension, rear spoiler, ground effects kit, upgraded brakes, and other accessories that vary by model. Prices vary but top out at $3,999 for the Civic coupe and sedan. All 2018 HFP kits will be available at Honda dealerships starting November 20. 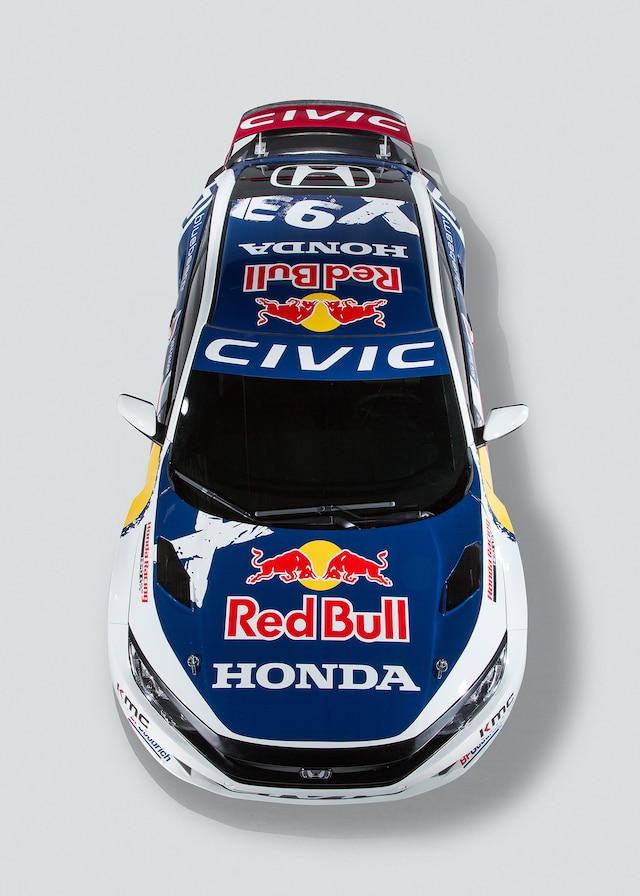 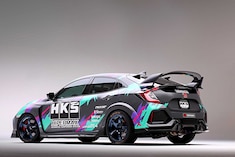 Already a capaple platform from the factory, the 2018 Honda Civic Type R was the ideal new project and development car for tuning powerhouse Evasive Motorsports 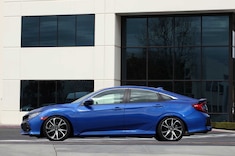 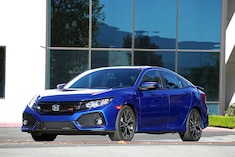 Meet our latest project car, a 2018 Honda Civic Si. We'll have the car for the next 10 months and during that time we'll be making quite a few changes to it. A Honda Civic Type R wearing a smaller rear wing has been caught testing. Could Honda be working on a more toned down appearance package?

The Honda Civic Type R clocked a time of 2 minutes, 53.72 seconds at the Spa-Francorchamps circuit in Belgium. 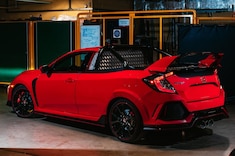 Honda has built a Civic Type R pickup truck, but it's not destined to go into production 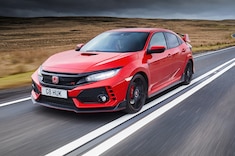 If you happen to think your Honda Civic Type R needs more than 306 hp, Hondata can fix that