Mr. "Kill All Tires" is primed for an in-depth look 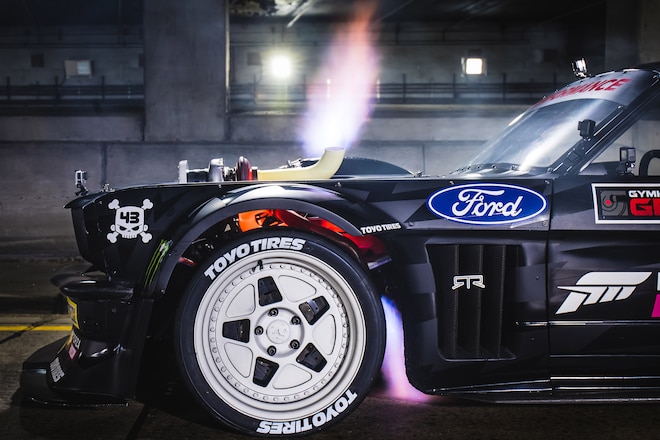 Ken Block and his now-patented Hoonigan persona are media machines. For the next installment of the Gymkhana series, Gymkhana 10, Block now has to up the ante for his hugely successful series.

How will Block add to the insanity? Easy. Build five Gymkhana cars, one on the same level as the mighty Hoonicorn, and hit five different locations. Sounds like the right recipe to us.

According to Hoonigan, each of the five cars will be high-horsepower, all-wheel-drive monsters, all built off Ford bones. In the teaser video below, we can for sure make out Block's V.2 Hoonicorn that's now running an ethanol-fed twin-turbocharged Roush Yates engine generating 1,400 hp.

Also making an appearance are Block's newly acquired Ford Escort Cosworth Group A rally car and what appears to be a very special classic F-100 pickup truck that's fed by twin turbos sticking out of the truck's hood a la the Hoonicorn. 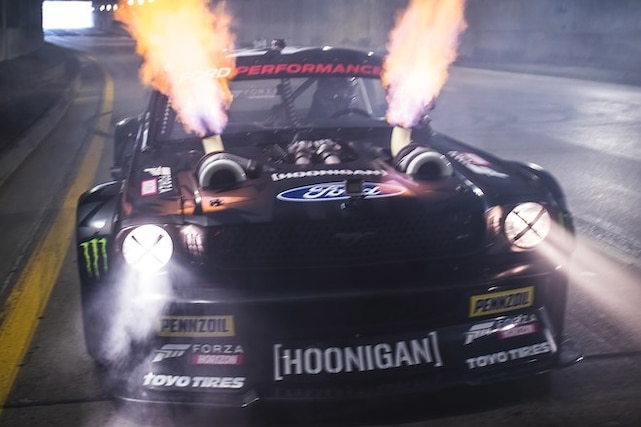 What we don't see are Block's Gymkhana-prepped Focus RS RX rally cars, a staple among the Gymkhana videos. And while the last vehicle wasn't displayed in the video, we do think we know what it is.

Over the last few months on Hoonigan's YouTube channel, the guys at the Donut Shop, and Block himself, have been playing with the wild side-by-sides from Can-Am.

We've seen Block putting a few Can-Am Mavericks through their paces, and the fact that Hoonigan states that they're sponsoring part of the video makes us believe that the last vehicle will be a wildly customized Maverick.

As for locations, those are being kept close to the vest, but one appears to be a city center, which hasn't been seen in the Gymkhana videos since "Gymkhana Five: Ultimate Urban Playground," which was the most successful of the series. 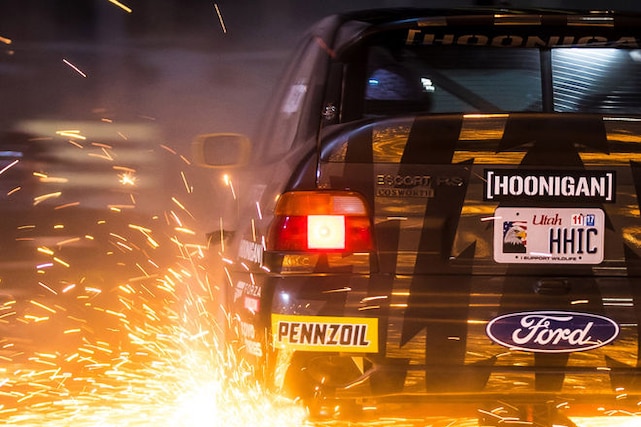 Furthermore, Block and Hoonigan have announced that they've partnered with Amazon Originals, the same people that brought The Grand Tour to Amazon, to bring a documentary-style series called Gymkhana Files that will launch exclusively on Amazon.

The series will take viewers behind the scenes of how the Gymkhana series was filmed, providing a retrospective of all 10 films, as well as looking into the life of Ken Block.

"I'm really excited to be working on 'Gymkahana Ten,' and I'm stoked that Pennzoil was able to come in and support us getting a trailer video out today to help announce the video," says Block.

"I'm also legitimately excited to be able to announce that I'm collaborating with Amazon Prime Video on 'The Gymkhana Files' at the same time. I've always taken great pride at being on the leading edge of creating content, as well as viral marketing and in figuring out the best ways to get that content into the hands of fans and consumers," he continues.

"Amazon is very similar in their approach to what they've done over the years, and I think that together we're going to create some amazing programming that really gives fans and viewers insight into not just my world, but the inner workings of my Gymkhana films and at the end of it all, the fans get to watch 'Gymkhana Ten' during the final episode." 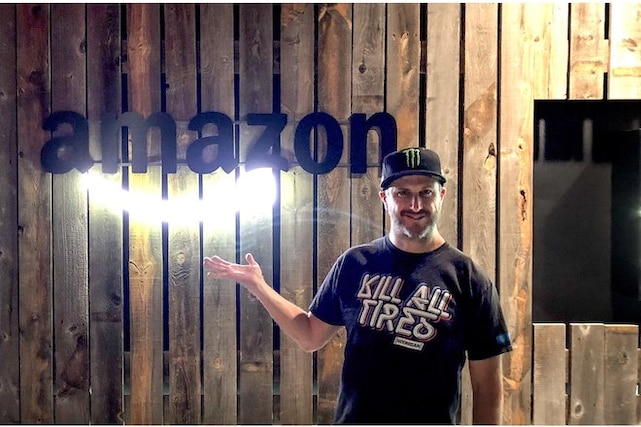 Now, before you get too excited about watching the next Gymkhana, or the Amazon series, both won't debut until next fall.

A specific date hasn't been set, but we'd hazard a guess that both will drop around the same time as this teaser trailer, right before SEMA. Until then, take a peek at Block's latest insanity in the video below.