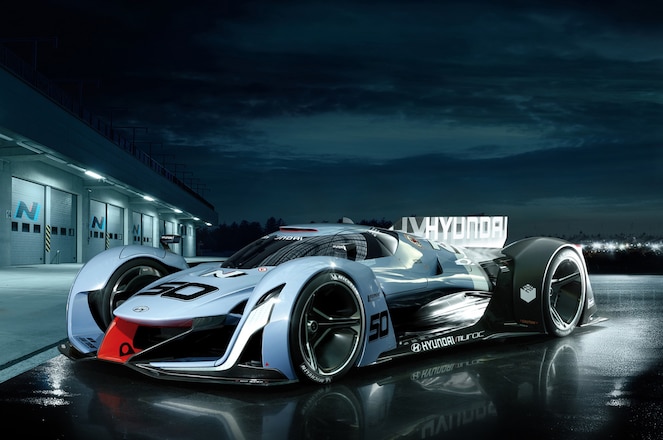 Hyundai says the N stands for two things: the company’s global R&D headquarters in Namyang and its testing center at the Nürburgring. According to Albert Biermann, head of the Hyundai performance development and high-performance vehicle division, the N brand's future model lineup will encompass "performance-oriented and race-track-capable cars full of energy." 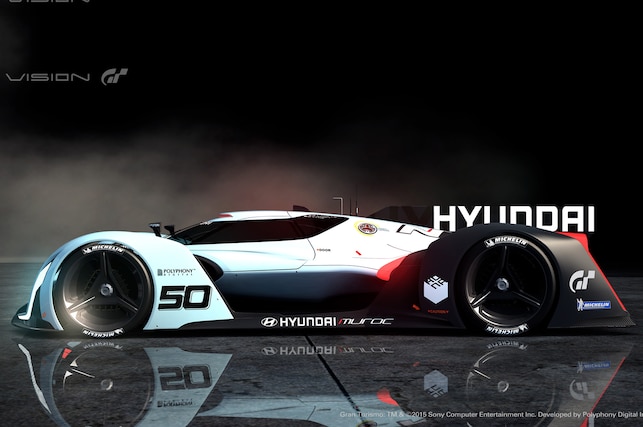 As with other automaker’s Vision Gran Turismo concepts, the Hyundai N 2025 Vision Gran Turismo will only be available to drive in "Gran Turismo 6." The concept is based around a hydrogen fuel cell system. The dual fuel cell stacks deliver 671 hp, while the super capacitor system provides another 201 hp for a total system output of 872 hp. Power for the super capacitor system, which drives four high-powered in-wheel motors, is provided by regenerative braking.

The N 2025 Vision Gran Turismo features a rigid CFRP (carbon fiber reinforced plastic) monocoque structure for a total vehicle weight of just 2,143 pounds and a power-to-weight ratio of just less than 2.5 pounds per horsepower. The air blower’s turbine is said to spin at around 200,000 rpm, which combined with the sound of the fuel cell stacks, hydrogen cooling system purge, and in-wheel motors is said to give the car a unique race car rumble.

Hyundai says the shape of the N 2025 Vision Gran Turismo concept is inspired by a jet fighter on wheels and appears to be floating. Air is directed through and around the concept to maximize downforce. Active air brakes respond to speed, brake use, and to reduce drag. 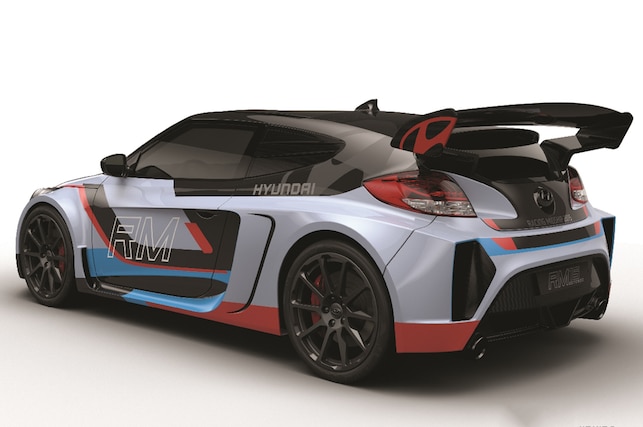 Hyundai also showed the New Generation i20 rally car, which will compete in the 2016 FIA World Rally Championship and make its race debut at the Rally Monte Carlo. The automaker also showed the i30 Turbo from the 2015 Nürburgring 24-hour race. Powered by a 223-hp 1.6-liter R4 Turbo engine, the i30 Turbo won the SP2T class and finished 71st overall.

Also at the automaker’s Frankfurt display is the mid-engined RM15 (Racing Midship 2015) concept. Power comes from a 296-hp 2.0-liter turbocharged engine mated to a six-speed manual transmission. The drivetrain is transversely mounted between the front seats and rear axle.

The RM15 concept features an aluminum spaceframe and CFRP body panels for a total weight of 2,778 pounds and a of 43:57 front-to-rear weight distribution. Additionally, the RM15 concept has a center of gravity of just 19.3 inches and anaerodynamic downforce of 273 pounds at 124 mph. 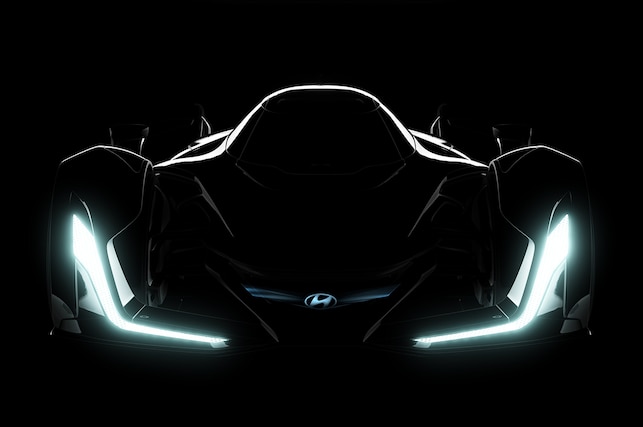 Import Tuner
Toyota GR Super Sport Hypercar Makes Surprise Debut at Le Mans
This year's 24 Hours of Le Mans was all about Toyota. The Japanese brand not only took the checkered flag but also stole the spotlight with a prototype mule of its forthcoming hypercar, the GR Super Sport.
Greg Fink – Sep 23, 2020