The return of KERS 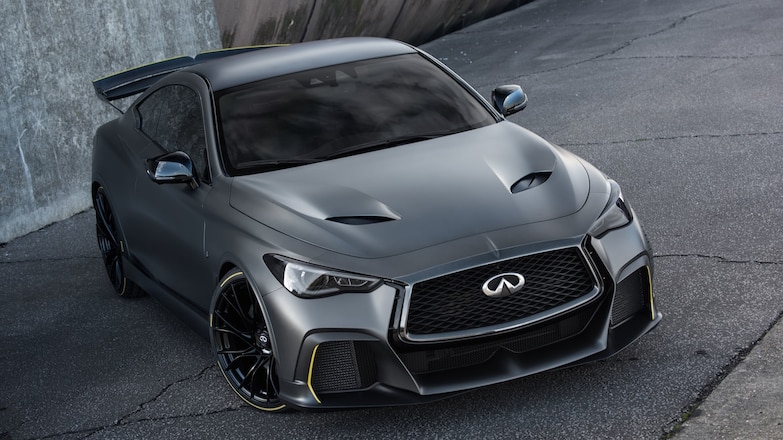 Infiniti continues to work on bringing Formula One hybrid technology to its road cars. The automaker will show off an updated Project Black S prototype at the Paris Motor Show next week.

We saw an earlier version of the vehicle last year at the Geneva Motor Show. Its claim to fame is its kinetic energy recovery system (KERS) inspired by race cars. The model, developed in collaboration with the Renault Sport Formula One Team, features three motor generator units, including one that harvests kinetic energy from braking. Two other units, fitted to the 3.0-liter engine's twin electric turbochargers, gather heat energy from exhaust gases. With this system, the powertrain can create electric power while braking and accelerating.

Last year, Infiniti declined to reveal power output for the prototype, but now it's saying the dual-hybrid powertrain can deliver 563 hp. That's 163 more hp than the Q60 Red Sport 400 from which the prototype is based. Infiniti estimates a 0-62-mph time of under four seconds, and a power-to-weight ratio of 235W/kg.

The new prototype looks slightly different than its predecessor, bearing new yellow accents on the wheels and lower front vents. But Infiniti has only released one image leading up to the reveal, so we'll have to wait and see just how much it resembles the earlier prototype.

Infiniti is ramping up its efforts with the Project Black S as it prepares to electrify its lineup starting in 2021. After that year, all Infiniti models will be electrified with the exception of large SUVs.

The Project Black S will debut in Paris on October 1. The 2017 Infiniti Q60 is the replacement for the G37 coupe, and fans of the concept that bowed last year in Detroit will be pleased to see it retains the car’s major design.