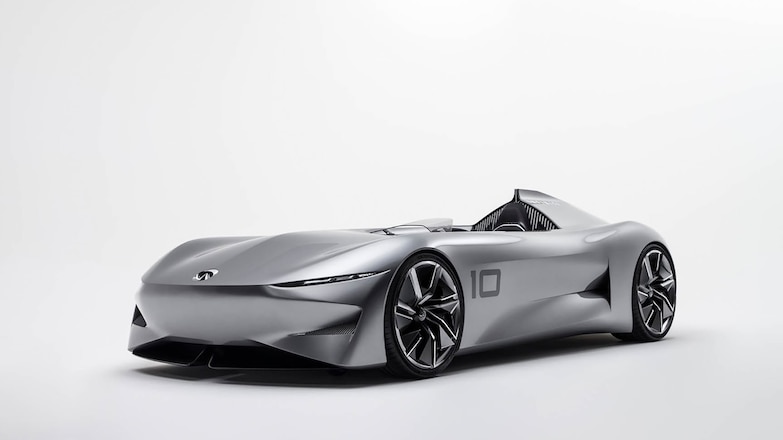 It's nearly impossible to make new products or concepts genuinely relevant to the iconic automotive celebrations that make up Monterey Car Week, but Infiniti managed it last year with the stunning Prototype 9—and it's set to do it once again this year with the futuristic Prototype 10. Our buds at Automobile were fortunate to have Infiniti's executive design director, Karim Habib, and the Prototype 10 in our studio ahead of Monterey Car Week. Habib took the time to tell us about the project as we walked around the sculptural concept.

Previewing Infiniti's electric car intentions as well as future design and styling cues, the Prototype 10 comes with a promise that every Infiniti model will include an electrified powertrain from the year 2021 on. 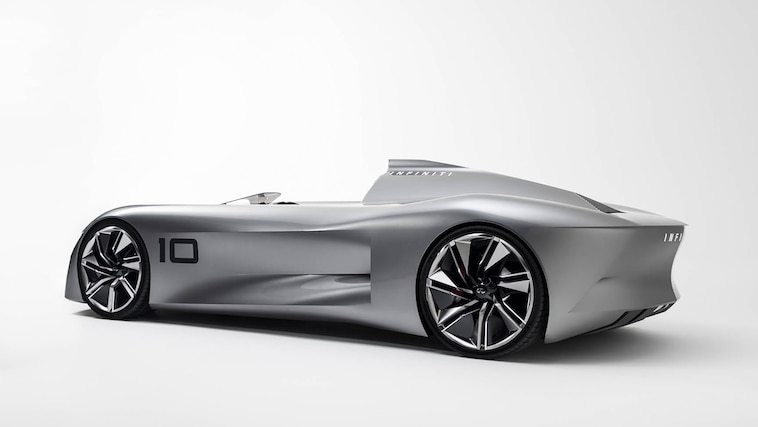 But the Prototype 10 itself is not just about what's next. Instead, it draws on the types of cars that will be on display all week in Monterey as both orientation and inspiration for where Infiniti should head next. In doing so, it manages to reference last year's Prototype 9, as well as the visceral appeal of 1960s Monoposto Racing, while at the same time reinterpreting it through a modern lens.

It took Habib and a multi-continental Infiniti team just four months to take the Prototype 10 from first sketch to final concept—a herculean effort in human terms. "I can't even believe we made it. A lot of people had some very short nights," said Habib. 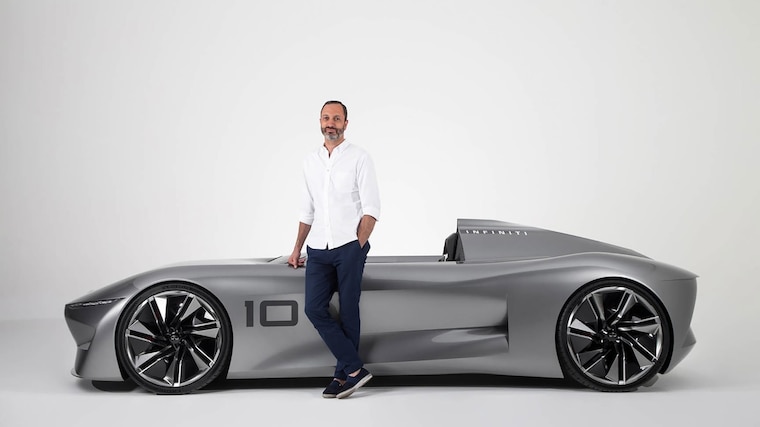 That effort was in part possible because of the structure of the team: the project leadership was based in Japan, while the team that built the models for the design worked from the U.K., and the team that built the actual car worked out of California—essentially enabling round-the-clock collaboration, effectively fitting something closer to a year's work into one-third the time.

If that sounds like a heck of a challenge, you're correct. Even more so when you consider that this was Habib's first full project from start to finish at Infiniti since he joined the Japanese luxury brand last July.

"At Infiniti, it's really interesting because the brand has certain cues that make it Infiniti, but there's a lot of things that are very free. And that's been great, and liberating in many ways, for me," Habib told us. Unlike the Prototype 9, the Prototype 10 isn't a running, driving, roadworthy vehicle—yet. Some concessions did have to be made to the compressed timeline. 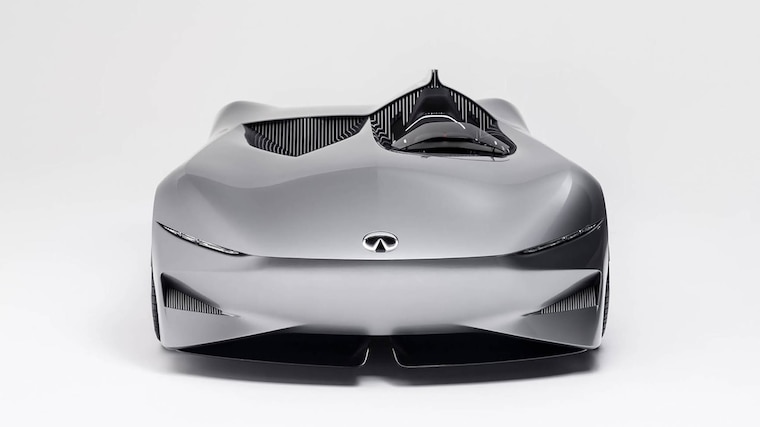 Fortunately, the emphasis on speed isn't limited to the car's creation. Infiniti is using the Prototype 10 not just as a design harbinger, but as a visual statement that its electrified future—which will include each model the brand makes by 2021, in some form—will be a performance-enhancing one, not just a miserly and miserable exercise in efficiency.

So what can we expect Infiniti to extract from the sensuous curves of the Prototype 10 and inject into its future production models? Don't look for specific details, says Habib, but "maybe treatments—the overall feeling of how surfaces are treated. The idea is really about being as authentic as possible with the material. One thing I'm trying to understand and learn is the Japanese way of design; there are so many things that are really interesting about how they're designed and conceived, whether you're talking about architecture or clothing or product design or even furniture. There's something that I think I've kind of grasped: it's that the material and the shape are often inseparable." 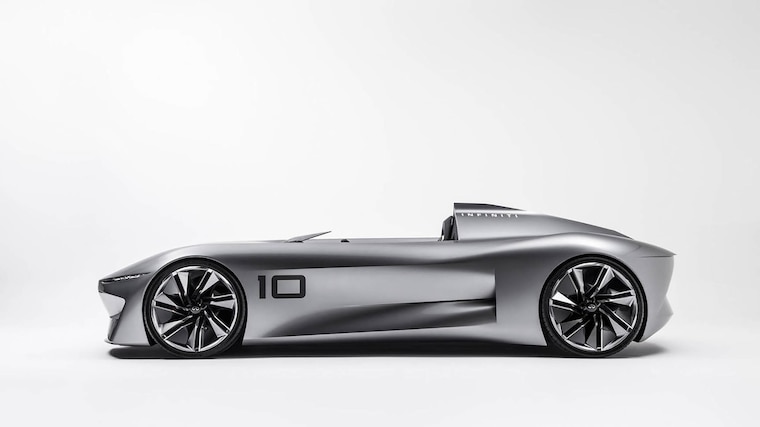 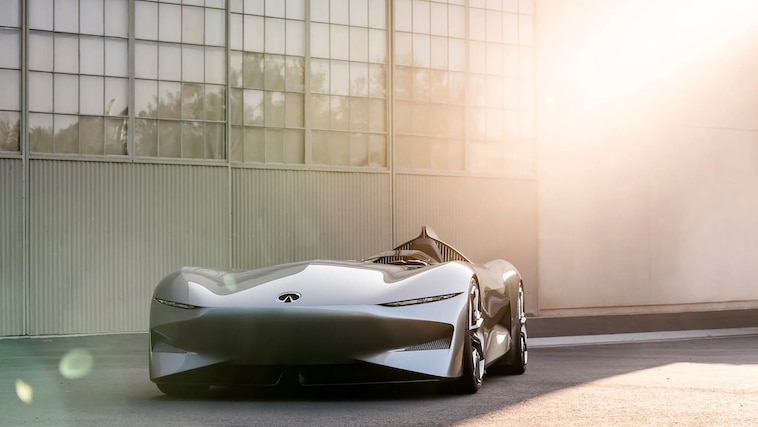