Jaguar I-Pace Plays in the Snow Before Geneva Debut

Goes on sale in March 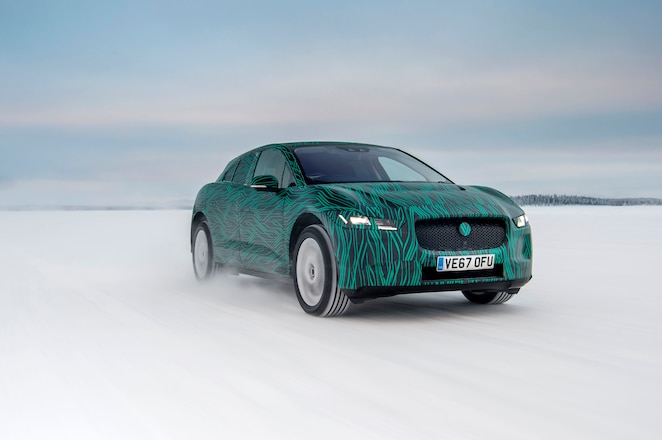 Tesla will soon have one more competitor to worry about. Jaguar will reveal the production I-Pace electric crossover in a live global broadcast on March 1, the same day that order books open. On March 6, the crossover will make its first public appearance at the Geneva Motor Show.

As shown in a new video, Jaguar put the I-Pace through winter testing at its cold weather test facility in Arjeplog, Sweden. Here, temperatures reached as low as -40 degrees Fahrenheit. Helping the all-wheel-drive crossover stay grounded is its advanced driveline management software, which automatically varies the torque split between the two axles. 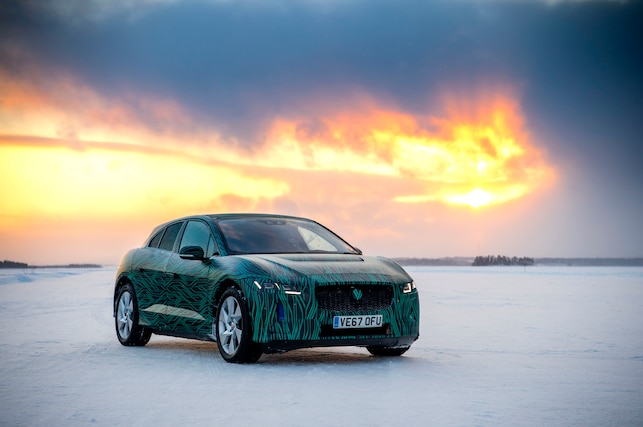 The I-Pace is expected to have a similar output to the concept version that came out in 2016. Equipped with two electric motors, one at the front wheels and one driving the rear, the vehicle should deliver around 400 hp and 516 lb-ft of torque like the concept. Jaguar says drivers can charge up from empty to 80 percent in less than 45 minutes with a DC 100-kW fast charger.

Magna Steyr is building the crossover in Graz, Austria. The I-Pace is Jaguar's first foray into electric vehicles, but expect the automaker to adopt electrification on other models in the future. In fact, all Jaguar vehicles will offer electrified powertrains starting from 2020. These plans should include a next-gen Jaguar F-Type destined for electrification, and possibly the rumored fully electric XJ. 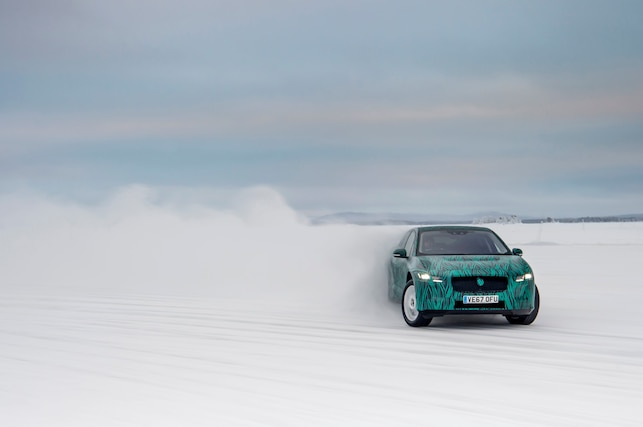 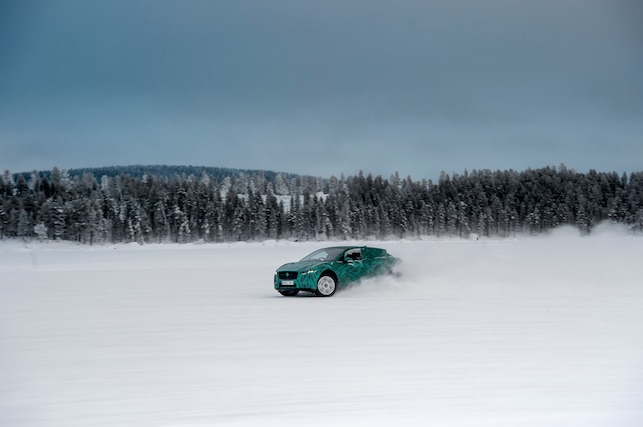 Jaguar I-Pace Plays in the Snow Before Geneva Debut
Photo /