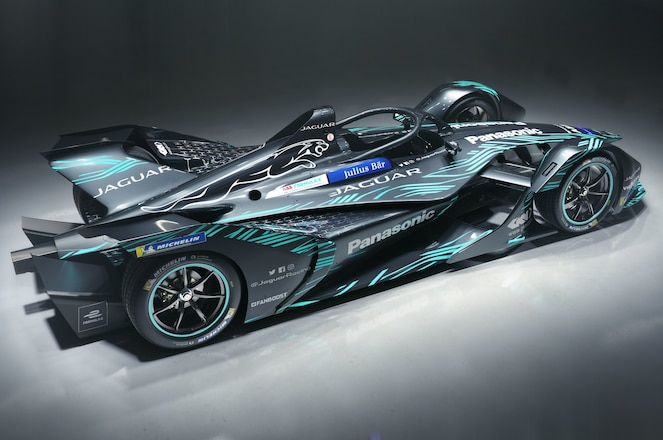 Jaguar has unveiled the concept livery for the I-Type 3 that will race in the fifth season of Formula E. When it's ready to compete, it will offer more power than the automaker's current entry. 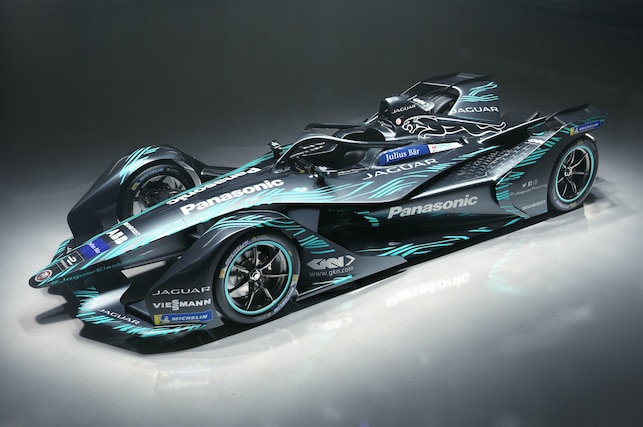 The new Gen2 race car delivers 250 kW, or the equivalent of 335 hp, in qualifying trim and 200 kW (270 hp) for the actual race. Its predecessor, which made the same power in race mode, was said to hit 60 mph in 2.9 seconds and hit a top speed of 140 mph. In Formula E, competitors can design their own powertrain but share common components such as the carbon-fiber chassis and battery, which has been improved for the 2018/2019 season.

Nelson Piquet Jr, winner of the very first Formula E Championship, tested an I-Type 3 mule last month. "It was a big moment for the team, the championship and for electric vehicles," he said in a statement. "The car made a promising, reliable start but there is a lot of development to do before we start racing at the end of this year." 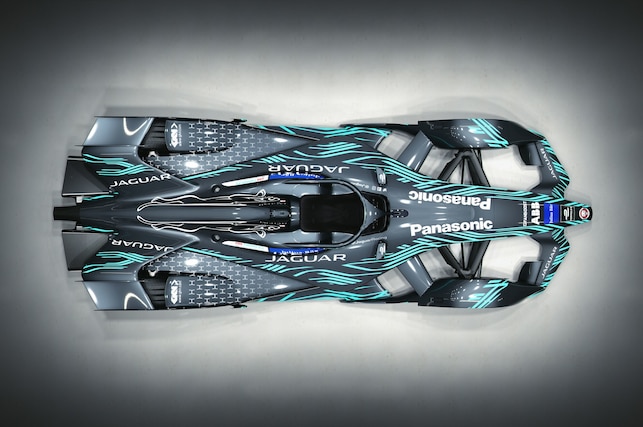 Jaguar's participation in the electric vehicle racing series helps develop technologies it can bring to future production cars. The automaker is just beginning its EV offensive with the I-Pace, which goes on sale in the U.S. and makes its racing debut later this year. There are also rumors that Jaguar will make an electric XJ.

For now, Jaguar is busy competing in the current season of Formula E, which is entering the European leg. Although it's improving from last year, Panasonic Jaguar Racing is now in fourth place and will have to make significant gains if it wants to catch up to DS Virgin Racing, Mahindra Racing, and Techeetah on the leaderboard. The next race takes place in Rome on April 14. 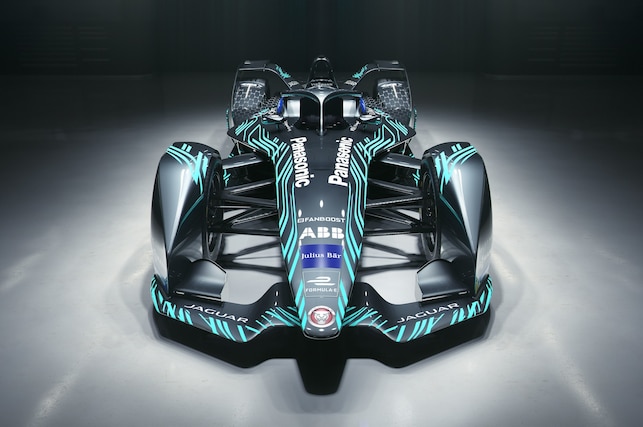