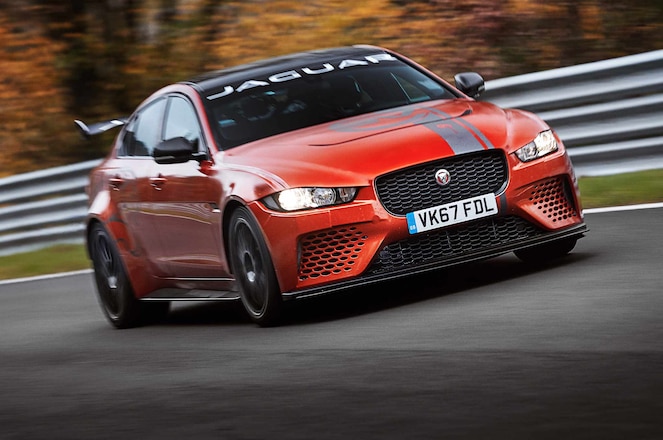 The Jaguar is about 11 seconds quicker than the previous record holder, the Alfa Romeo Giulia. This model, which won Motor Trend's 2018 Car of the Year award, ran through the 'Ring in 7:32. The Porsche Panamera Turbo had previously lapped the 'Ring in 7:38.

The British beauty doesn't quite measure up to the Subaru WRX STI Type RA NBR Special, which achieved a time of 6:57.5 seconds, but that car has too many modifications to qualify as a production car. Although the Project 8 starts life as an aluminum body shell of the XE, it's very different from its more pedestrian counterpart. Only the roof panel and front door skins are left unchanged, and three quarters of the mechanical hardware is new. Carbon fiber makes up the front bumper, hood, side skirts, adjustable front splitter, rear bumper, and rear diffuser. The use of this material helps keep weight down to 3,847 pounds.

Jaguar is limiting production of the XE SV Project 8 to 300 units worldwide. It will be available in the U.S. next year with prices starting at $188,495. 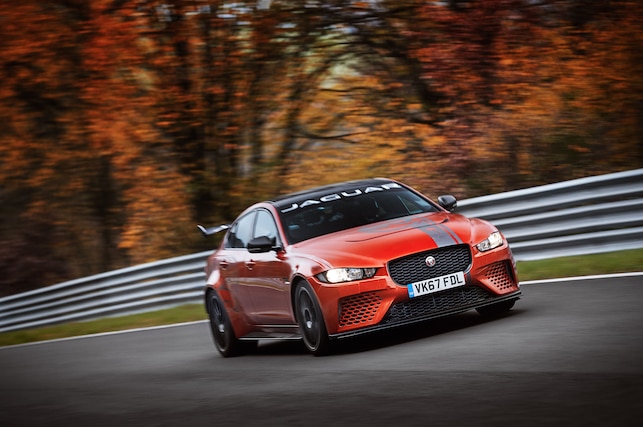