Home  |  Features  |  News  |  The XE SV Project 8 Wasn't Quick Enough, So Jaguar Made it Quicker
Subscribe to the Free

The XE SV Project 8 Wasn't Quick Enough, So Jaguar Made it Quicker

300 lucky buyers will be pleased 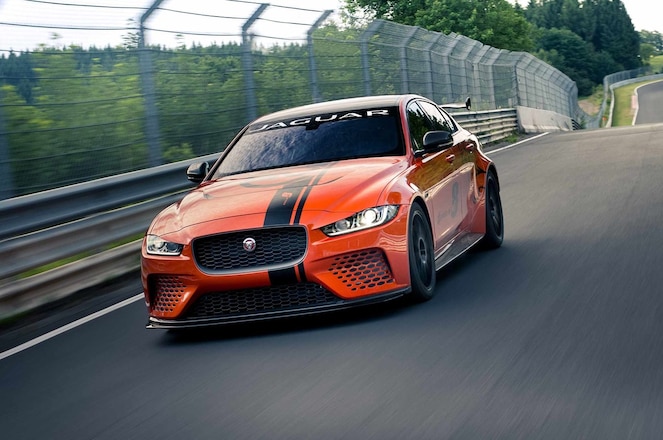 Back in 2016, before the Giulia had even gone on sale in the U.S., Alfa Romeo made a big announcement. The Quadrifoglio had officially lapped the N rburgring in 7 minutes and 32 seconds, a record for sedans. At least it was at the time. In November of last year, Jaguar claimed it had broken Alfa's record with the 592-hp XE SV Project 8. But that was just the pre-production version.

According to Jaguar, despite laying down a blistering 7-minute, 21-second lap time, the Special Vehicle Operations development team thought it could make the Project 8 even quicker. So even though it had already beaten Alfa Romeo's time by nearly 11 seconds, the team kept working. When production begins this June, Jaguar says the Project 8 should be capable of beating its own record.

"The good thing about building only 300 cars, all hand-made, is that you can keep developing the car right up to the start of production," said David Pook, Project 8's head of dynamics. "And we've done just that. The springs have got stiffer and so have the engine mounts. The suspension arm bushings have changed. The brakes have been refined for the exact pedal feel and performance we want. This has all been done to make the car even more responsive and to handle even better. "

The team also made big changes to the software, allowing the car to take full advantage of its race-derived suspension and aerodynamics package. 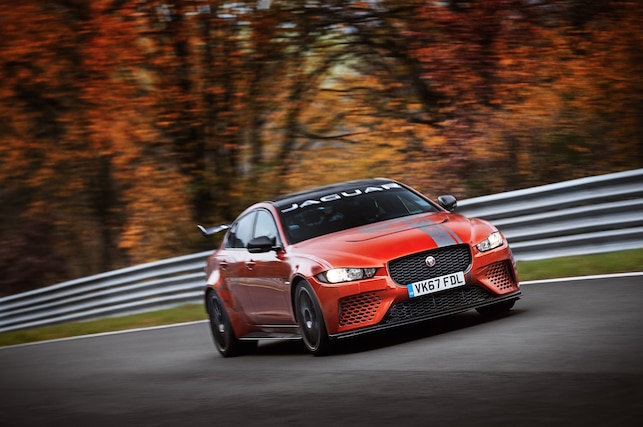 "Power delivery and gear shifts are the most visceral we have ever offered on a Jaguar-every 1/100th of a second improvement in shift time adds up over a complete lap of the N rburgring. Rest assured, no stone has been left unturned in our mission to make this the most rewarding Jaguar driver's car ever," said Mark Stanton, head of SVO.

With a limited run of only a few hundred cars, Jaguar's claim that the Project 8 counts as a production car is a little questionable. Then again, McLaren only produced 375 copies of its P1 hypercar, so we'll let it count. Heck, Jaguar even includes a five-year/60,000-mile warranty. We'd say that definitely counts.

The XE SV Project 8 Wasn't Quick Enough, So Jaguar Made it Quicker
Photo / 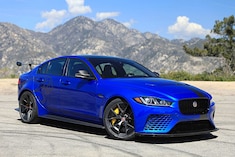 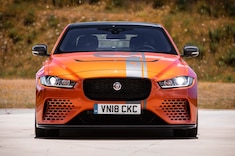 Watch: Behind the Wheel of the Jaguar XE SV Project 8

Check out the video to watch the Jaguar XE SV Project 8 in motion with AUTOMOBILE's Jethro Bovingdon behind the wheel. 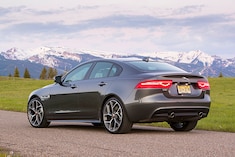 German automakers better watch out. Jaguar is looking to give them a run for the money in the premium compact sedan segment with their 2017 XE. 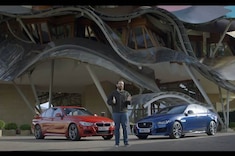