Supercar recently listed for sale with 1,721 miles on the odometer A rare Koenigsegg CCX was brutally demolished following a high-speed crash in Mexico.

Photos of the accident reveal a severely wrecked supercar. The passenger cell appears to have done its job and is mostly intact, including the seats and the dashboard. The roof and the doors, however, are completely torn off, while other parts are scattered yards away from where the car landed. 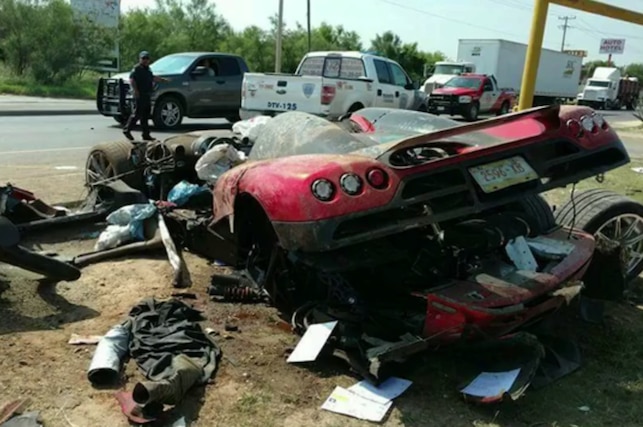 According to local news reports, the accident occurred on a highway in Nuevo Laredo in the Mexican state of Tamaulipas, approximately 10 miles south of the U.S.-Mexican border near Laredo, Tex. Witnesses say the Koenigsegg was travelling at a high rate of speed before hitting a curb and flipping multiple times. The two passengers reportedly survived the crash and were transferred to a hospital. Their condition is unknown.

The report claims this was the one and only Koenigsegg in Mexico. The supercar also appears to have been pampered and rarely driven prior to the accident. It was recently advertised for sale by a luxury auto dealer outside of Houston, Tex., and the ad (which is still up on dealer's website) states the 2009 Koenigsegg CCX only had 1,721 miles on the odometer. The asking price was listed at $1.4 million. 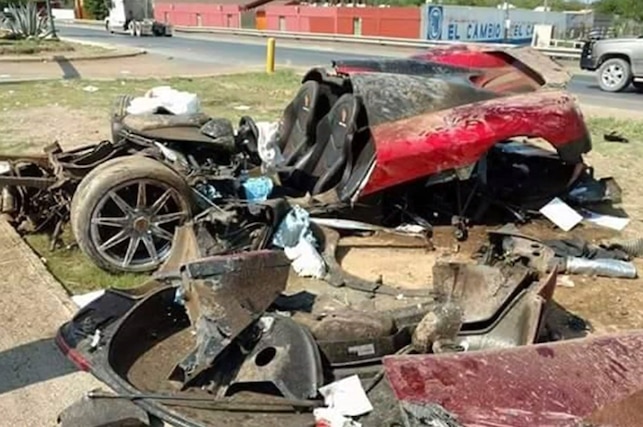